In most of the measured years, the biomass in the northeast part of the Barents Sea was above the total Barents Sea mean (see Fig. 3.4.7). But from 2013 and ongoing, the mean biomass was reducing, and was record low (<20 kg/n.ml) in 2016, and below the total Barents Sea mean. This decrease could be explained by the maximum distribution of the snow crab predating on the benthos, and with increasing bottom temperatures (chapter 3.1). But in 2017 the biomass increased to 116 kg/nml, the highest value recorded both with and without snow crab

biomass. It is believed that this increase is an effect of changes in the technical trawl-sampling approach and should be considered as an error. The 2017 value will therefore not be used in an ordinary biomass comparison with previous year. 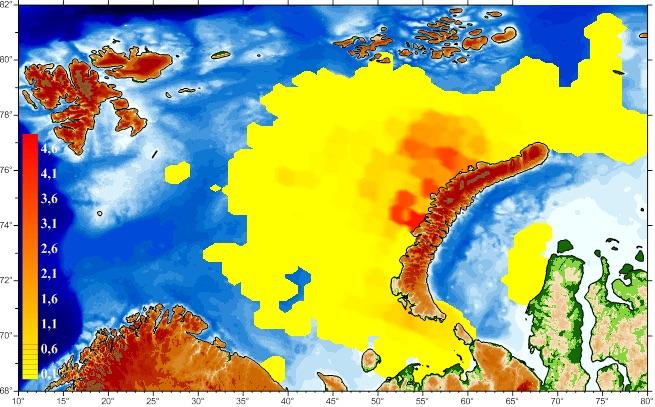