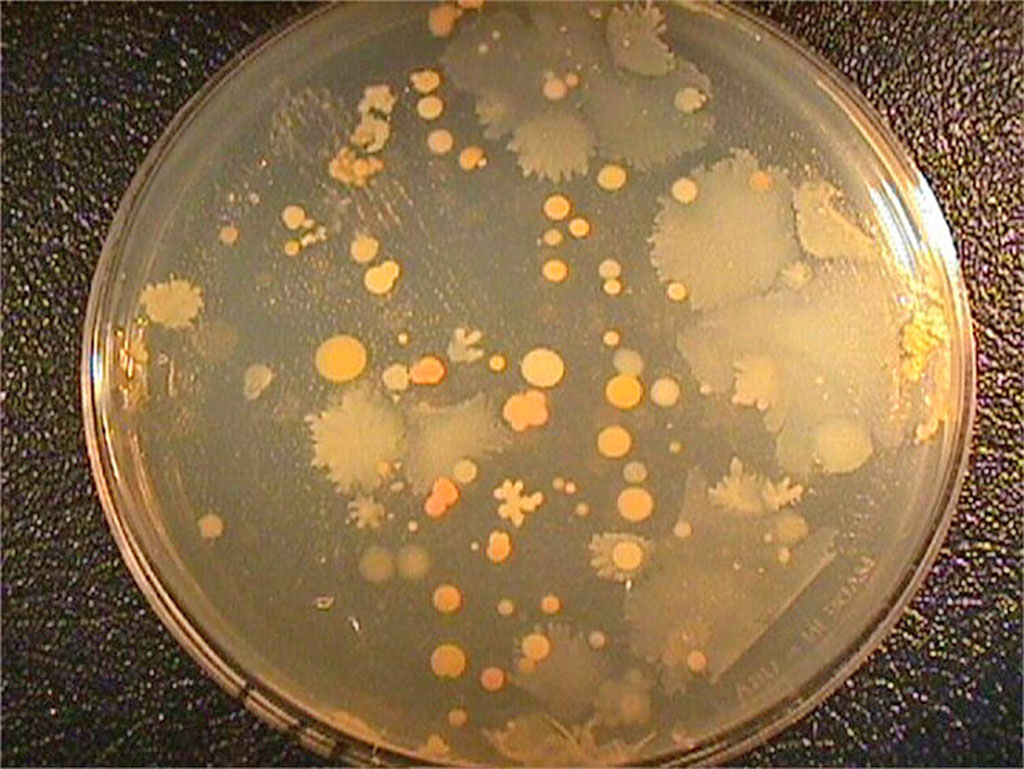 At present, fish are the best indicators of the health of the aquatic environment and of changes due to anthropogenic stressors.  The frequency of occurrence of diseases is a valuable indicator of the actual state of the Barents Sea ecosystem and can be useful to identify factors causing negative impacts. Monitoring long-term changes in the prevalence of diseases is needed to determine if/how they correlate with human activities and impacts (Karasev et al., 2011).

Parasitophauna of fish of the Barents Sea

As yet, objective estimates of parasite species diversity for all organisms in the Barents Sea have not been possible because taxonomic groups of their hosts have been studied to various degrees.  However, parasites (mostly helminths) are an integral part of any marine ecosystem, and circulate in the Sea, through trophic relationships among nearly all living organisms in the foodweb. Karasev et al. (2011) reported 235 different species of parasites to occur in the Barents Sea, representing 8 classes, 33 orders, 74 families, and 140 genera.

Helminthofauna of the Barents Sea seabirds

In surveys of 20 species of seabirds, carried out in 1991-2013, 99 species of helminthes were recorded, 37 trematoda species, 41 cestoda species, 18 nematods, 5 species of the order Acanthocephala. There are 84 species of helminthes in birds from the Murman coast, and 49 of them are characteristic for that area only (Kuklin, Kuklina, 2013). There are 10 (1) species from Novaya Zemlja (Kuklin, 2001) and 28 (7) from Svalbard (Kuklin et al, 2004). 6 species of helminthes are found across the entire Barents Sea. Representatives of all main taxa of parasitic worms (trematoda, cestoda, nematoda, acanthocaphala) were found in 8 species of birds. These are Somateria mollissima, Polystica stellery, Calidris maritima, Rissa tridactyla, Larus argentatus, L. marinus, L. hyperboreus  and Cepphus grylle (Kuklin, Kuklina, 2005).

The helminthofauna of Barents Sea seabirds consists mostly of species where the life cycle depend on coastal ecosystems. Invertebrates and fish from the littoral and upper sub littoral complex serve as their intermediate hosts. There are some exceptions to this: Cestodes from the Tetrabothriidae and Dilepididaе families. These are able to complete their entire life cycle in the open sea. The highest level of infection and highest diversity of the parasites are recorded in birds whose diet is based on littoral and upper sub littoral invertebrates. Ichtyophageous and planktophageous bird species have the lowest indices of infestation and parasite species diversity.

The trematode fauna in seabirds of the Arctic islands is quite poor. Levels of infection are also quite low. The reason is the absence of the intermediate hosts (mollusks) and unfavorable environmental conditions (Galaktionov, Bustnes, 1999). At the same time many cestode species from Dilepididae, Hymenolepididae and Tetrabothriidae and some  Acanthocaphala families are found in birds from all parts of the Barents Sea. This is explained by the abundance of sublittoral crustaceans – intermediate hosts for those parasites (Kuklin and Kuklina, 2005). Birds from the East Murman coast show strong local patterns in helminthofauna (Kuklin, 2013, Kuklin, Kuklina, 2005). Therefore, to perform objective evaluation of parasitological situation, it is necessary to have data from areas that differ in their geographical and ecological parameters. Over the past 50 years, there have been significant quantitative and qualitative changes in avian helminthofauna of Murman. There are changes in species of helminths present as well as a significant drop in the trematode and cestode infestation levels. This is a result of decrease in bird numbers and change in their foodbase. Capelin (Mallotus villosus) over-fishing has also played a significant role as it is a main foodbase for many species (Galaktionov et al, 1997).

Pathogenicity of helminthes for the birds of the Barents Sea

Infestation with helminthes leads to changes in protein, lipid, carbohydrate metabolism and mineral levels in birds of the Barents Sea.  Presence of intestinal parasites causes changes in physiological condition of blood and dysfunction of liver and kidney (Kuklin, Kuklina, 2005). The most pronounced metabolic changes were recorded in birds infected with cetodes from the Hymenolepididaе  and Tetrabothriidae families, together with the infestation by species from Dilepididae и Tetrabothriidae families, trematodes from  Microphallidae family and joint invasion by trematodes from  Microphallidae and Heterophyidae families (Kuklin and Kuklina, 2013). Research has shown that the most intensive changes in metabolic processes of the birds occur from the 4th through the 10th day after infestation, after which the system “parasite-host” becomes more stable and less antagonistic. Birds are most susceptible to infestation during the first year of life, probably due to an undeveloped immune system.

Bacteria of the genus Brucella are widely distributed among marine mammals in the Barents Sea, including in the polar bear population (Nymo et al., 2001). A previous investigation revealed high prevalences of anti-Brucella antibodies (35%) and Brucella-bacteria (Brucella pinnipedialis; 38%) in hooded seals (Cystophora cristata), and such antibodies were also detected in harp seals (Phoca groenlandica) and ringed seals (Pusa hispida) as well as in minke whales (Balaenoptera acutorostrata), fin whales (B. physalus) and sei whales (B. borealis) (Tryland et al., 1999). Brucella pinnipedialis was isolated from 38 % of the investigated hooded seals (n=29) from the north-east Atlantic Ocean, but not from ringed seals (Pusa hispida) from Svalbard, and no pathological lesions were associated to the presence of bacteria (Tryland et al., 2005b). A Brucella sp. isolate was also obtained from a minke whale off the coast of Finnmark, Northern Norway (Clavareau et al., 1998). A recent study revealed that pups (< 1 month old) had a substantially lower seroprevalence (2.5 %) than yearlings (35 %), suggesting that the bacterium is not transferred from mother to pup, and that the animals are exposed during their first year of life (Nymo et al., 2013). Recent studies have also indicated that isolates of Brucella pinnipedialis obtained from hooded seals have a less pathogenic character than many other species of Brucella bacteria (Larsen et al., 2013; Nymo et al., 2014). Anti-Brucella antibodies has also been detected in polar bears from Svalbard (3.6 %, n=253) and the Barents Sea (15.9 %, n=44) (Tryland et al., 2001).

The bacterium Bordetella bronchiseptica has been identified as a frequent secondary invader and pathogen in seals, following infections with phocine distemper virus (PDV) (Register et al., 2000). Also Salmonella sp., Mycobacterium spp. and Mycoplasma sp. may cause disease in marine mammals and are also zoonoses, i.e. can cause infectious disease in man (Tryland, 2000; Tryland et al., 2014).

Phocid Herpesvirus Type 1 (PhHV-1) cause infections with clinical signs of upper respiratory tract disease, fever, vomiting, diarrhea, acute pneumonia and hepatitis in neonatal phocids, and can also cause ocular infections (wild and captive seals). Antibodies against PhHV-1 have been detected in harp (Phoca groenlandica) and hooded seals (Cystophora cristata) of the North-East Atlantic Ocean (Stuen et al., 1994). In harbor seals at Svalbard, antibodies (72-100%, n= 383, 1998-2010) and PhHV-1-specific DNA in ocular swab samples (8 %, n= 73, 2009; 3 %, n= 63, 2010) have been detected, but no clinical symptoms associated with the PhHV-1 infections were found (Roth et al., 2013).

Phocine distemper virus (PDV) usually gives respiratory disease in seals, but also symptoms from CNS. PDV epizootics killed approximately 18 000 and 22 000 harbour seals (Phoca vitulina) and grey seals (Halichoerus grypus) along the coasts of northern Europe in 1988 and 2002, respectively (Seibel et al., 2007; Duignan et al., 2014). No such disease has been seen in coastal seal colonies in northern Norway or Svalbard, but antibodies have been detected in harbour seals and walrus (Odobenus rosmarus) at Svalbard (5% and 31%, respectively) (M. Tryland, unpublished data). Antibodies against PDV was also detected in harp seals (Phoca groenlandica) and hooded seals (Cystophora cristata) from the pack ice of the Greenland Sea, north of Jan Mayen (West Ice) (Stuen et al., 1994), and in polar bears (Ursus maritimus) from Svalbard and the Barents Sea (8%) (Tryland et al., 2005a).

Rabies virus has caused rabies in one ringed seal at Svalbard (1980). Also influenza-virus, parapoxvirus and calicivirus may cause disease in marine mammals and are also potential zoonotic agents (Tryland et al., 2014). When testing polar bears for calicivirus, an antibody prevalence of 2 % was found, whereas no individuals had antibodies against rabies virus (Tryland et al., 2005a).