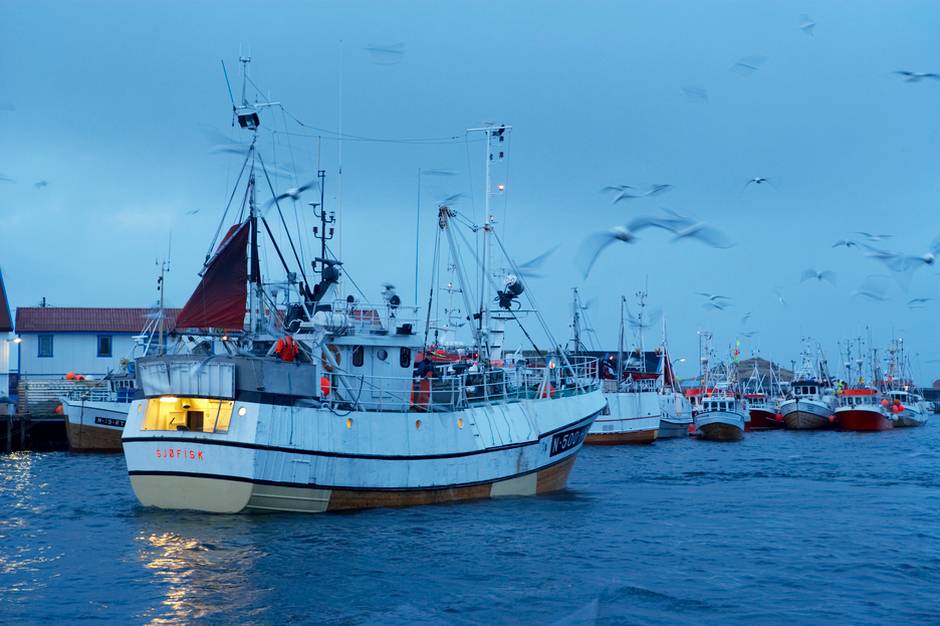 Harvested demersal stocks in the Barents Sea and adjacent waters (ICES areas I and II) include cod, haddock, saithe, and shrimp. In addition, redfish, Greenland halibut, anglerfish, wolffish, and flatfishes (e.g. long rough dab, plaice) are common on the shelf and at the continental slope, and ling and tusk at the slope and in deeper waters. In 2012, catches of about 1,300 thousand tonnes are reported from the stocks of cod, haddock, saithe, redfish, Greenland halibut and anglerfish.

The most widespread gear used in the central Barents Sea is bottom trawl; in demersal fisheries longlines and gillnets are also used. Pelagic fisheries use purse seines and pelagic trawls. Other gears more common along the coast include handlines and Danish seines. Less frequently used gears are float-lines (used in a small but directed fishery for haddock along the coast of Finnmark, Norway) and various pots and traps for fish and crabs. Gears used vary with fishing season, area, and country; Norway has the largest variety due to the coastal fishery. For Russian fisheries, bottom trawl is the most common gear, but a longline fishery — mainly directed at cod and wolffish — is also conducted; although this fishery has increased in recent years, it remains a relatively low level. Other countries fishing in the Barents Sea mainly use bottom trawls.

For most of the exploited stocks a catch quota (TAC) is agreed upon, and a number of additional regulations are applied. Regulations differ between gear types and species, and may different between countries.

From 2011 onwards, minimum mesh size for bottom trawl fisheries for cod and haddock has been 130 mm for the entire Barents Sea (previously the minimum mesh size was 135 mm in the Norwegian EEZ and 125 mm in the Russian EEZ). It is still mandatory to use sorting grids. A compromise agreement between Norway and Russia has been in effect since 2011 on the minimum legal catch size for cod: from 47 cm (Norway) and 42 cm (Russia) to 44 cm for all. Likewise for haddock: from 44 cm (Norway) and 39 cm (Russia) to 40 cm for all.  This change may lead to more fishing opportunities in areas that previously would be closed; it may also lead to more discarding of undersized fish, when larger fish are available. Accordingly, the effect of these changes in regulation should be carefully monitored.