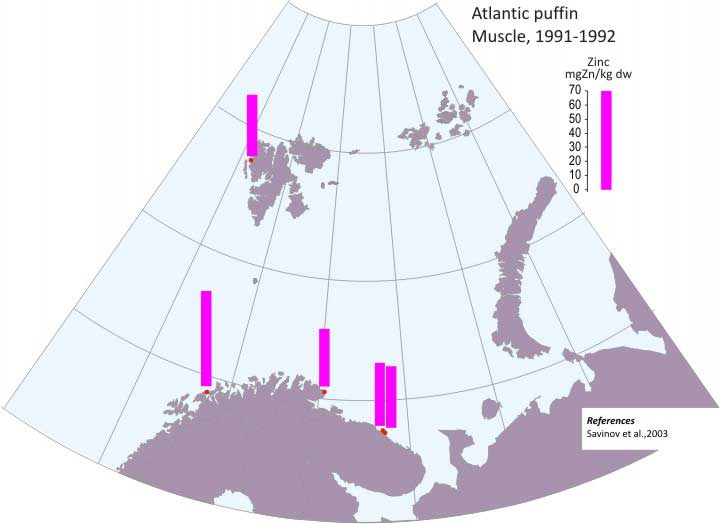 Zinc is an essential trace element. It is an especially important element in enzymes and plays a critical role in normal functioning of the brain and central nervous system.

Zinc is known to biomagnify and higher levels are therefore found in seabird species feeding at higher trophic levels. The highest zinc level was found in the glaucous gull which is a scavenger and a predator in the Arctic marine food chain.

A significantly lower level of zinc was found in the common eider which is a benthic feeder. Regional differences in zinc levels were not found.