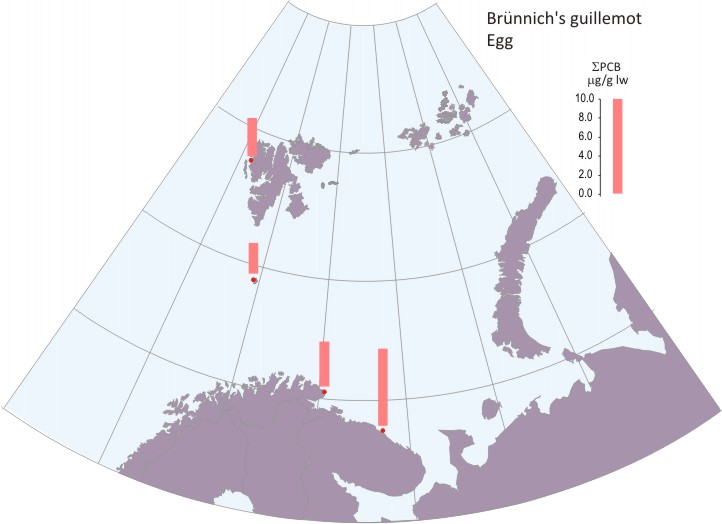 HBCDD's toxicity and its harm to the environment are currently discussed. In contrast to chlorinated compounds, brominated compounds have been detected in seabird eggs more recently. Measurements in seabird eggs show a significant increase in HBCDD in the period from 1983 to 2006, especially in herring gull, Atlantic puffin and kittiwake.

There is no indication of a regional difference in HCDD and insufficient data to determine differences between seabird species. Due to its persistence, toxicity, and ecotoxicity, a global ban on HBCD is currently being considered under the framework of the Stockholm Convention on Persistent Organic Pollutants.

Levels of HBCDD in seabird egg