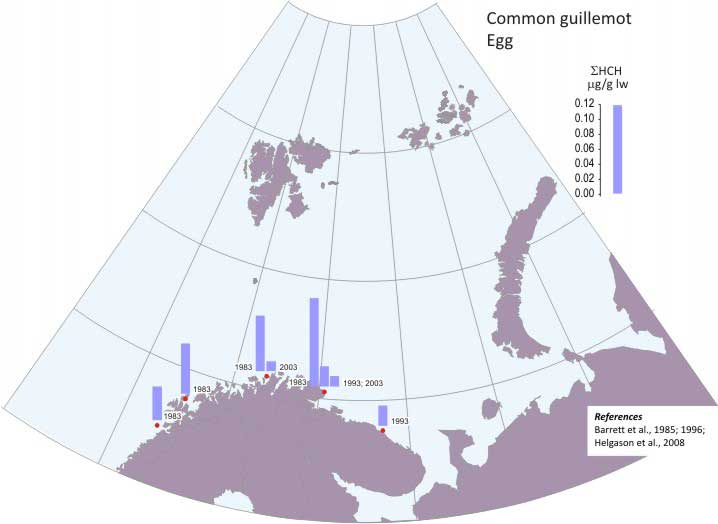 Overall there has been a significant reduction of hexachlorobenzene concentrations in seabird eggs during the time period from 1983 to 2003.

No regional differences were found in the data.

Levels of HCB in seabird egg