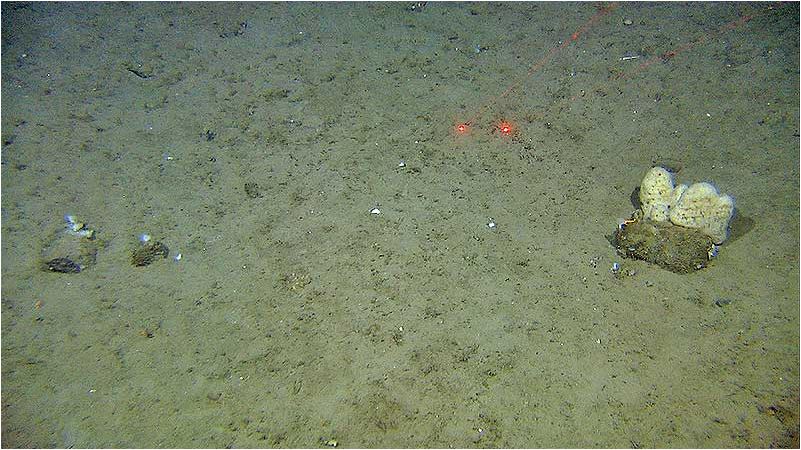 The surface sediments, i.e. the predominant sediment type of the upper ~ 50 cm of the seabed, form the uppermost part of a sediment sequence covering the rocks of the Barents Sea. This sediment sequence varying in thickness from a few to several hundred meters and was mainly deposited during the Quaternary (the last 2.6 million years), a time period where glaciations took place repeatedly.

During the last deglaciation (15 000-10 000 years ago), meltwater rivers carried large amounts of clay and silt to the ocean. Some of this was preserved in the deeper troughs on the continental shelf. However, subsequent lowering of sea level and strong bottom currents resulted in winnowing of finer grain-sizes (clay and silt) from the bank areas, and deposition of these sediments in the deeper parts. This characterizes much of the Bjørnøyrenna, Storfjordrenna and the deeper basins in the north and east of the Barents Sea.

On the shallower banks, the coarse particles that resisted winnowing formed sand deposits. In areas where the source material originally was till (diamicton) and iceberg-dropped sediment, the winnowed surface sediments usually comprise gravel with cobbles and boulders. The most extensive areas with such sediments are therefore to be found on the shallow banks.
The present day sedimentation pattern in the Barents Sea shows low or no sediment deposition on the shallow bank areas due to relatively strong bottom currents. This in contrast to the deeper areas where bottom currents are weaker, and fine sediments is deposited continuously.

Seabed sediment classification. Every sediment is a mixture of grains of varying sizes. The list below shows the classification of grain sizes used to define the different sediment types described in the text and on the map (after Folk 1954). The relative proportion of the grains in the different categories is used to describe the sediment.