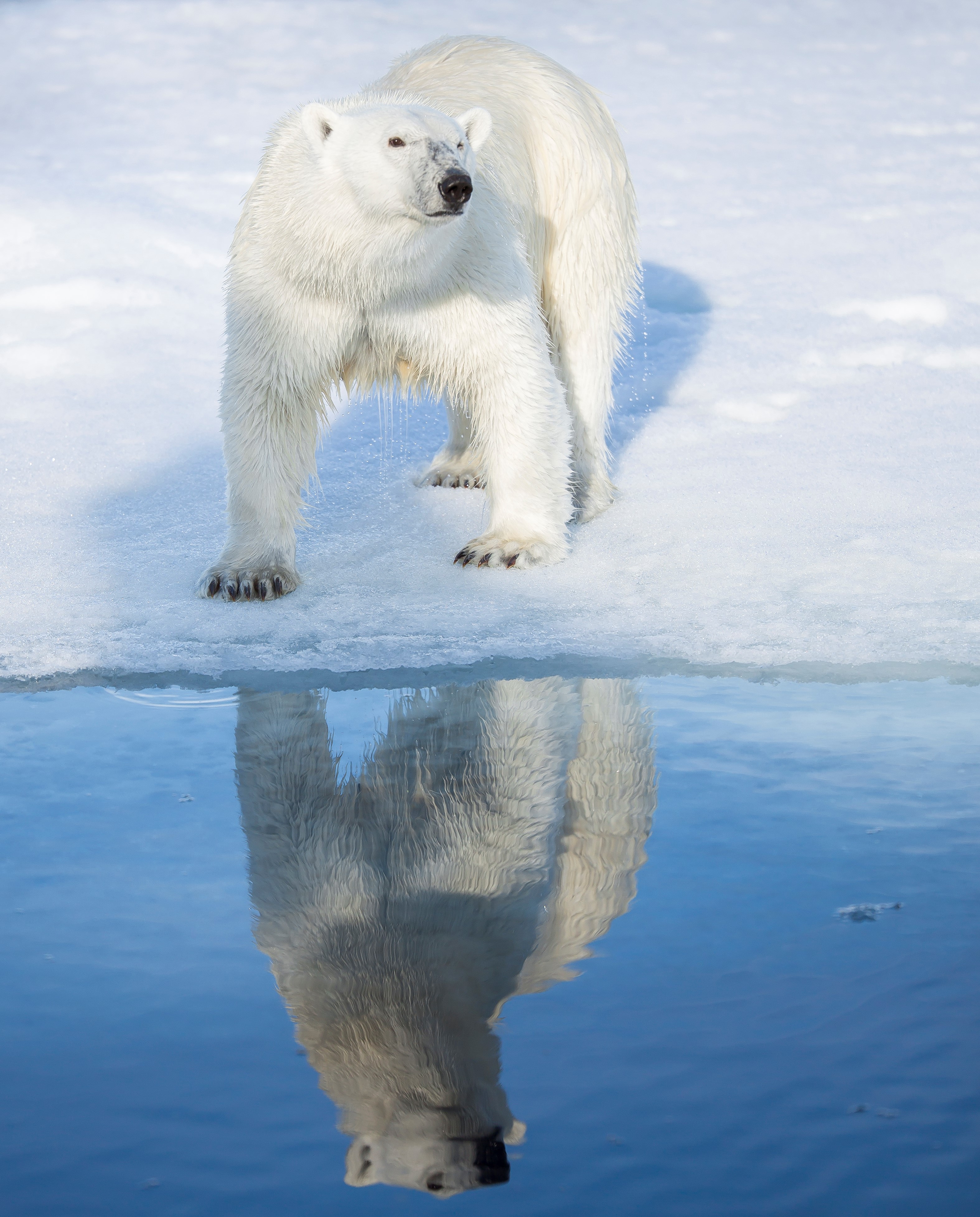 These maps show the number of days with polar bear habitat in the Barents Sea. They are based on polar bear telemetry data collected and analyzed (similar to Durner et al. 2009) by the Norwegian Polar Institute (Merkel & Aars in prep). Three seasons based on annual sea ice fluctuations and the biology of polar bears were defined to calculate available habitat.

The three seasons are:

Bathymetry, land mask and sea ice concentration data were used for the analysis. The International Bathymetric Chart of the Arctic Ocean (IBCAO) Version 3.0 (Jakobsson et al. 2012) was used to acquire ocean depth values. Land polygons were obtained from the Norwegian Polar Institute (NPI) mapping section, and are generalized from official NPI Svalbard and GITBarents data. Further, sea ice concentration data were retrieved from the University of Hamburg (Kaleschke et al. 2001, Spreen et al. 2008). The original data resolution of 12.5 x 12.5 km was interpolated to 1 x 1 km for these images. Further, the data points around the land mask have been interpolated into the land to avoid a pixelated view of the coastlines. Therefore, the maps published here should only be used for visualization and not for scientific studies.