The polar front is defined as the boundary in the Barents Sea which divides relatively warm, saline water masses of Atlantic origin and colder, fresher water masses of Arctic origin. This front is particularly distinct not only around Spitsbergen Bank and the Hopen Deep, but also around Central Bank and to some extent eastwards in the Barents Sea. Due to the physical characteristics and implications for biological activity, this area is identified as a particularly valuable and vulnerable area. This report summarises the physical characteristics of the front, and its variation in time and space. A summary is also presented of the biological activity in the polar front region and its value and vulnerability. 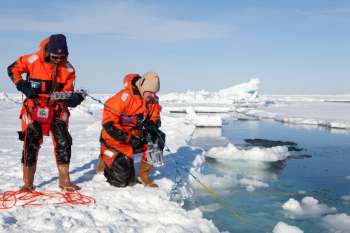