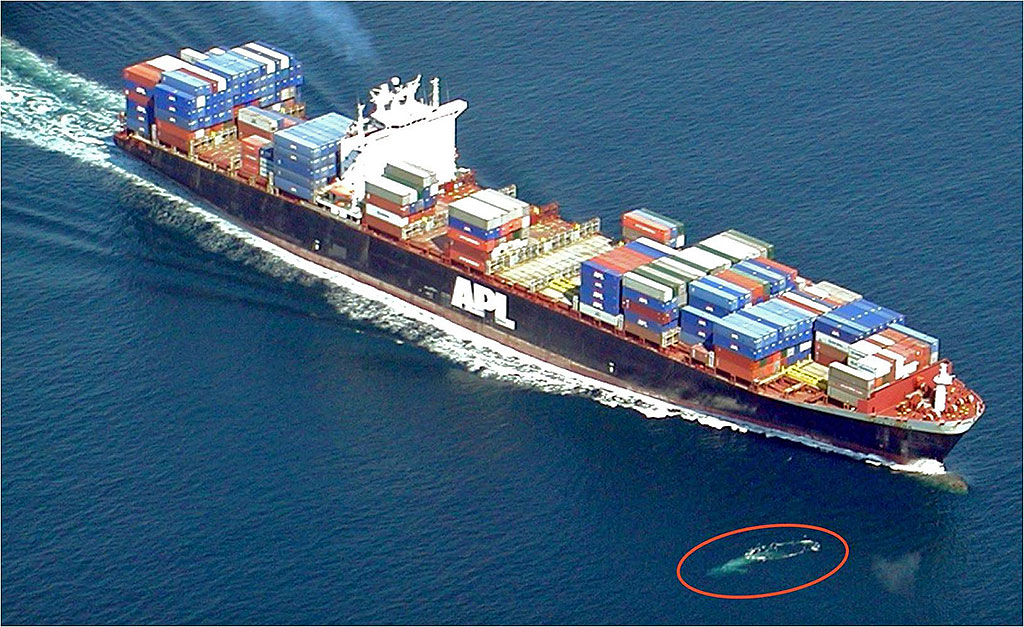 The most vulnerable species are inevitably those that are slow, or that spend much time at the surface, or that utilize habitats in the vicinity of major shipping lanes.  However, records indicate that nearly all large whale species are vulnerable to ship strikes, particularly as vessel traffic increases in their waters.

Vessel speed has been implicated as a key factor in the occurrence and severity of vessel strikes with large species. Several independent studies indicate that vessel speeds of 10-14 knots increase by one-half or greater the probability that a whale will survive a collision with a ship.

As vessel traffic increases in the Barents Sea, modifications to customary vessel operation in key cetacean aggregation areas or vessel speed restrictions may be an effective measure to mitigate potential impacts on vulnerable species such as bowhead whales and, to a lesser extent, narwhals, beluga whales and other Arctic marine organisms. Where feasible, vessel routing measures may also be applied in order for ships to avoid known cetacean aggregation areas. A number of steps have been taken by some states outside the Arctic region to reduce the threat of ship strikes to endangered large whale species, including shifting shipping lanes and applying to the IMO to establish a vessel “Area to be Avoided.” The issued the International Maritime Organization, which is in charge of regulating shipping around the world, issued in 2009 a non-mandatory guidance document aimed at the global maritime industry to minimize the risk of collisions between ships and whales aimed at the global maritime industry (Arctic Council, 2009).

Introduction of non-indigenous species introduced through ballast water or on hulls can have large impacts on ecosystems. No such impacts have been observed in the Barents Sea