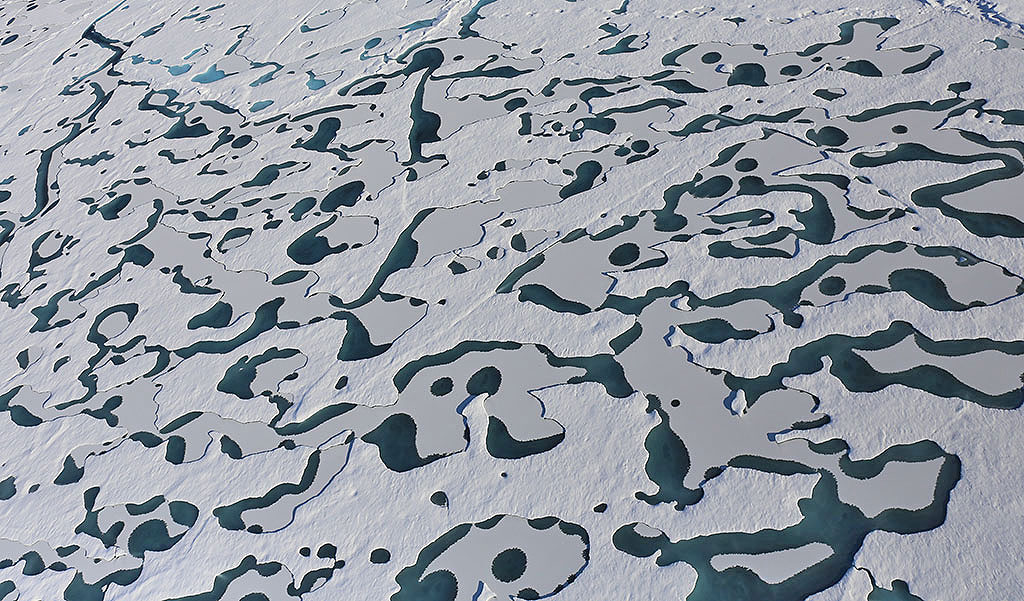 northwards than usual, at about 83°N latitude. Also during this period, was the very rare occurrence of no ice being observed around the Spitsbergen and Franz Josef Land archipelagos. Ice formation started in the north-easternmost regions during October 2012. In the northern Barents Sea, the ice edge appeared only at the end of November. During October, November, and December, ice coverage was 14–22% less than usual, and was 1–6% less than in 2011 (Figure 4.2.12). At the end of 2012 and beginning of 2013, meteorological conditions over the Barents Sea resulted in increased sea-ice coverage. In 2013, ice coverage was still lower than normal, but higher than in 2012 (Figure 4.2.11). In January, it was only 2% higher than in the previous year. During February–June, ice coverage was 7–17% higher than in 2012, and was 5–19% lower than the long-term average. In July, ice was only observed near the Franz Josef Land archipelago. In August and September, no ice was observed in the Barents Sea. Ice formation started in the northern Barents Sea in October, when ice appeared around the Spitsbergen and Franz Josef Land archipelagos. In October, the ice coverage was 3% — an amount 12% less than usual, and 2% more than in 2012 (McBride et al., 2014).