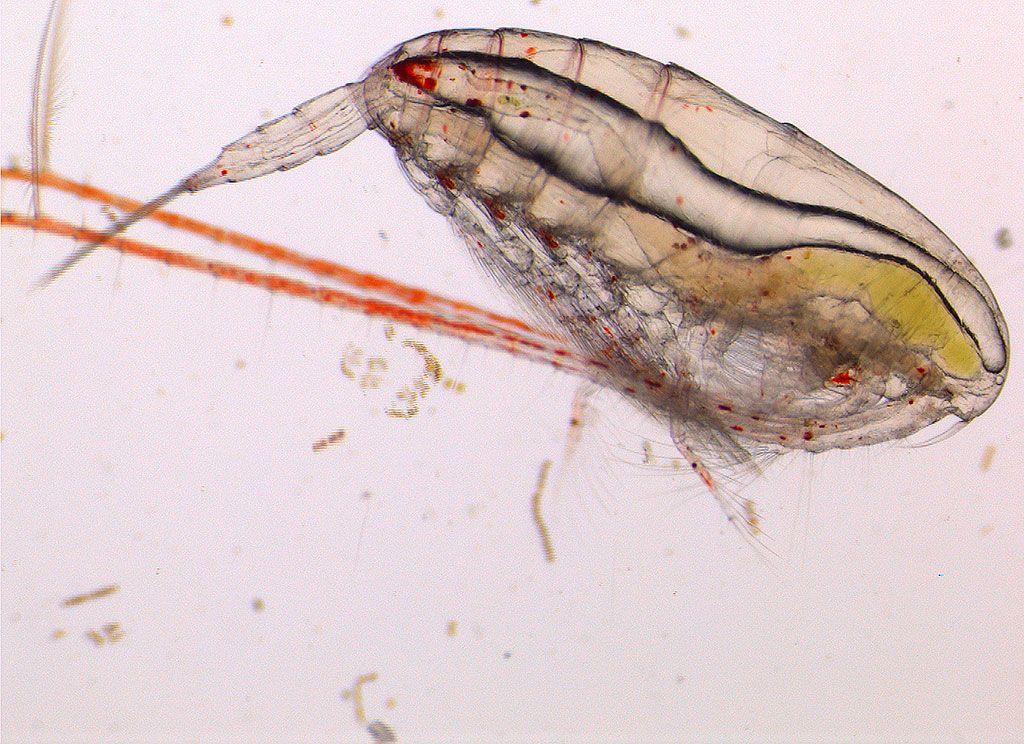 Along with climate change, anthropogenic emissions of carbon dioxide (CO2) are causing acidification of the world oceans, because CO2 reacts with seawater to form carbonic acid. Due to the increased atmospheric CO2 concentration, the average pH-value of the surface waters of the global oceans has decreased from pH 8.2 to pH 8.1 since the onset of industrial revolution. This ocean acidification is extremely rapid in northern sea areas compared to other global oceans. It is expected that organisms living at high latitudes will be among the first affected.

The reduction in pH in Norwegian surface waters is pH -1.3, while the global average reduction is pH -1.0. Ocean acidification results in depletion of carbonate ion followed by decreased levels (saturation) of the two calcium carbonate minerals vital for shell building, aragonite and calcite. If acidity increases, this will significantly reduce the ability of organisms to build calcium carbonate shells and skeletons. A decrease in pH and an under saturation of calcite may have fatal consequences for shell building marine life. Therefore, organisms forming shells and exoskeletons, such as mollusks, gastropods, crustaceans, echinoderms, corals and other deep-sea living creatures are of particular concern (UNEP/AMAP, 2011).

The lowest pH and the lowest saturation values of aragonite in surface waters are found at 78°N in the northeastern parts of the Barents Sea. Aragonite saturation and pH-values in this sea area are affected by seasonal ice cover, big amounts of fresh water release due the melting processes, and uptake of CO2 through primary production. Super saturation (ΩAr=1.6±0.3) of aragonite and calcite occur throughout the water column, but relatively low values are found in bottom waters far north. Elevated CO2 concentrations in deepest parts of the water column are probably caused by microbial decomposition and cannot be related to anthropogenic acidification (Chierici et al., 2014).

While it is known that ocean acidification may affect metal toxicity in aquatic organisms, there is less knowledge with regard to how pH actually affects organic contaminants. Direct effects are expected to be most pronounced for phytoplankton, zooplankton, and benthic organisms. Fish, seabirds, and marine mammals may be affected indirectly through its effects on prey, possibly making ocean acidification one of the most important anthropogenic drivers in the Barents Sea in the future (ICES AFWG, 2014).