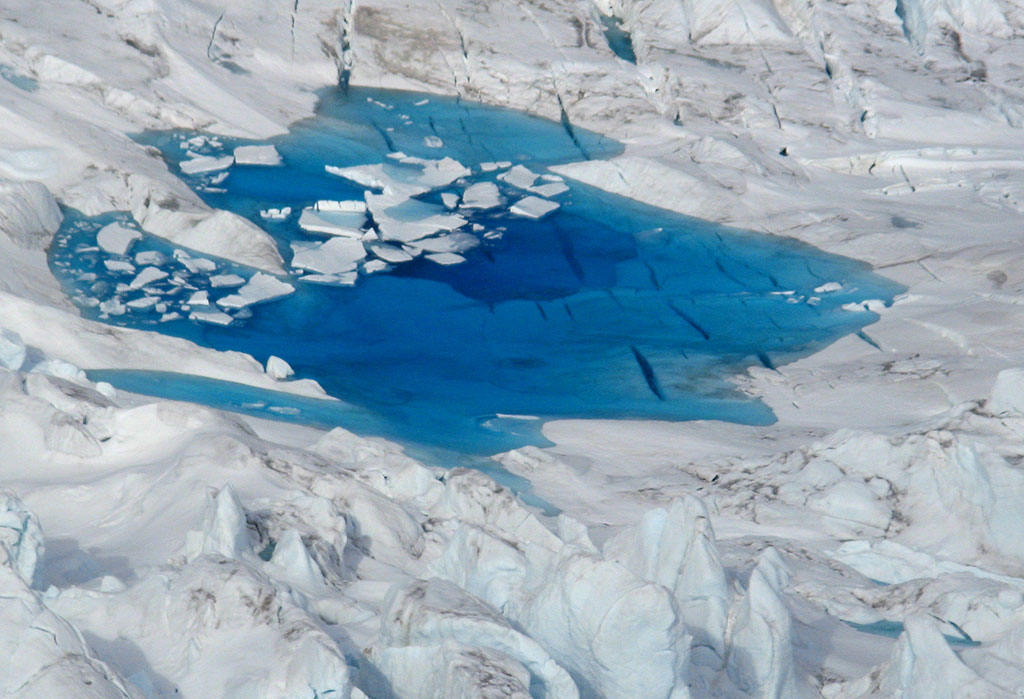 Arctic temperatures are expected to increase twice as fast as the global average (Trenberth et al., 2007). Hence, re-volatilization of contaminants might be a significant secondary emission source in the future. Permanent ice-cover in the central Arctic is believed to be particularly important to hinder evaporation of volatile compounds such as HCH and HCB from secondary sources such as sea water. Time series of data for POP-concentrations in the air show that sea-ice retreat and rising temperatures result in remobilization of many POPs, including those with lower volatilities, into the Arctic air (Ma et al., 2011). In the Barents Sea region, increasing air concentrations of HCB have been observed at Zeppelin, Ny-Ålesund (Svalbard) since 2004; this increase is probably caused by increasing temperatures (Hung et al., 2010; Becker et al., 2012). For example, a temperature increase of 1°C will approximately cause a 10 to 15% increase in the volatility of a semi-volatile POP such as PCB (UNEP/AMAP, 2011).

Reductions in permafrost, snowpack, and glacial ice combined with increased erosion will result in greater release of contaminants into air and aquatic systems (Kallenborn et al., 2012). Similar scenarios are expected to occur in the Arctic, where relatively high levels of current use pesticides (CUPs) have been detected in top layers of the Svalbard glaciers (Hermanson et al., 2005; Ruggirello et al., 2010). CUPs from the glacial top layers might be released by runoff of melting ice. In Russia, melting permafrost has been suggested to explain increasing levels of PCB and lead in arctic indigenous people (Chashchin, 2010). Increasing temperatures will probably result in increased degradation of contaminants in soil and sea water. An increased degradation will increase the production of metabolites with an unknown toxic potency. It is expected that exploration of natural resources like minerals, oil, and gas will be more feasible as the reduction of sea-ice extent continues. Increasing human activity levels can also be seen as a new contaminant source (UNEP/AMAP, 2011).

Higher temperatures, changes in precipitation, and shifts in the presence of snow, ice, and water may also affect transport of radioactive substances and their pathways into marine environments and the Barents Sea in particular (AMAP, 2010). Increased precipitation could cause faster washing out of contaminants that are currently retained within the environment. Melting sea ice could release radioactive substances trapped in the ice into the marine environment (Olseng et al., 2009). Reduced ice cover, particularly in summer, will lead to less significance for sea ice as a transport medium for radionuclides from atmospheric fallout and from incorporated sediment. This likely will lead to reduced export and a larger fraction of the radionuclides remaining within the Arctic Ocean. For radionuclides imported with water from the Nordic Seas, the anticipated increase in vertical mixing and convection in the Arctic Ocean could lead to an increased fraction of radionuclides in the mid-depth water. This would increase residence time in the Arctic, compared to surface transport (AMAP, 2010).

Changes in ocean circulation and sea ice may affect the pathways of radioactive substances in the marine environment. It is expected that movement both into and out of the Barents Sea may become more rapid than today (AMAP, 2009). Enhanced volume inflow to the Barents Sea anticipated for the 21st century will increase exchange between the shelves and the deep basins. This exchange is expected to be further enhanced by intensified wind-induced upwelling and down-welling at the shelf break, partly due to stronger winds and partly due to reduced periods of seasonal ice cover (Carmack and Chapman, 2003; ACIA, 2005). These processes are relevant for the transport of radionuclides entering with Atlantic Water from the south and those which enter the shelf directly, stemming for example from runoff or dump sites in the Kara Sea (JRNC, 1993; IAEA, 1999).

Extreme weather like serious flooding in areas where deposited pollutants are stored in soil has resulted in remobilization and release of contaminants into rivers and air in southern European countries (Kallenborn et al., 2012). Similar scenarios might also be expected in northern areas, and would have a significant impact for some rivers in Northern Russia for example.

Increased storm activity and more open water may lead to intensified vertical mixing and increased re-suspension of sediments; this has consequences for the remobilization of radionuclides with sediments, or from sediments into the liquid phase (Schiedek et al., 2007). Within this context, important areas are the dump sites in Novaya Zemlya bays (Harms and Povinec, 1999) and former nuclear test sites like Chernaya Bay (Smith et al., 2000). Mobilization of sediment bound radionuclides also depends on the ambient salinity (Oughton et al., 1997).

Impact(s) of climate change on bioaccumulation and biomagnification

It is believed that climate change parameters will impact the toxicology and toxic effects in biota (Noyes et al., 2009). Changes in food webs related to increasing temperatures have already been reported from some Arctic areas. This may alter trophic structures and biodiversity, food sources, migratory patterns, and hence influence the bioaccumulation and biomagnification of contaminants in foodwebs and the biological transportation of contaminants between latitudes (UNEP/AMAP, 2011).

Attempts to predict climate-change induced alterations in bioaccumulation of contaminants in the Barents Sea foodweb show that bioavailability may be influenced by the extent of primary production (Borga et al., 2010). The amount of particulate organic carbon (POC), representing primary production and terrestrial input in the marine environment, can be important for the actual fate of hydrophobic chemicals (Amitage and Wania, 2013). Also, studies on animals support the notion that climate variability may impact the transport and fate of POPs, and hence, modulate the temporal trends of POPs in the Arctic environment (Bustnes et al., 2010).

Food availability may become scarce for some species as a result of increasing temperatures followed by asynchronous spatial or temporal patterns between predators and prey. Some species are expected to suffer from starvation. It is reported that eiders at high latitudes metabolize more lipids and release more contaminants into the blood stream than eiders from more southern latitudes during incubation (Bustnes et al., 2012). Polar bears in the Barents Sea are also expected to have periods of starvation and increased contaminant release from fat reservoirs; this has already been observed in the Hudson Bay population where climate effects are said to be one step ahead of the European Arctic (UNEP/AMAP, 2011). The immune system has also been shown to be sensitive to contaminant exposure (Bustnes et al., 2004; Lie et al., 2004; Lie et al., 2005); in environments where new and more pathogens are expected, this situation might represent a serious future challenge.

The bioavailability of radionuclides in the marine environment is likely to be subject to the effects of climate change (AMAP, 2010). Radioactive substances which could be released into the marine environment as a result of ice melting could become bio-available for marine organisms. Changes in temperature may lead to changes in turnover rates of radionuclides in cold-blooded animals such as fish. More research is needed to study relationships and combined effects between diverse climatic, physicochemical, and biotic factors which influence the uptake and bioaccumulation of radionuclides by marine species (AMAP, 2009).