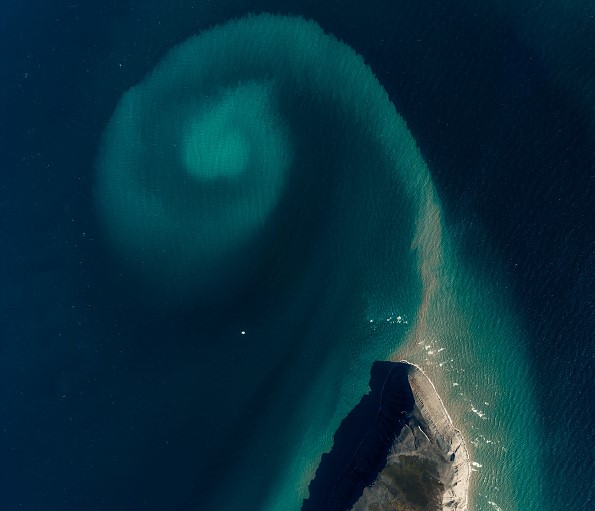 The volume flux into the Barents Sea varies with periods of several years and was significantly lower during 1997–2002 than during 2003–2006 (Fig. 3.1.4). In 2006, the volume flux was at a maximum during winter and very low during fall. After 2006, the inflow has mostly been relatively low. Throughout 2015 and in winter 2016, the inflow was around 1 Sv larger than the long-term average (Fig. 3.1.4). The exception was March 2016, when the volume flux was temporarily smaller than average. The data series presently stops in May 2016, awaiting the processing of measurement data following new instrumentation in the mooring array, thus, no information about the subsequent period is available as of yet.

In May and June, the volume flux into the Barents Sea through the BSO was above average, while the flow through the BSX was close to the seasonal average. For the period July-September, the main flow through the Barents Sea (i.e., from the BSO to the BSX) was close to the long-term seasonal average. However, into the south-eastern Barents Sea (through SBSO), the flow was above average during late summer (Aug-Sep).
Note that the model has been found to be accurate for annual mean and standard deviation of the volume transports, while the modelled monthly averages are usually weakly, yet statistically significantly correlated with observations (Lien et al., 2013, 2016). 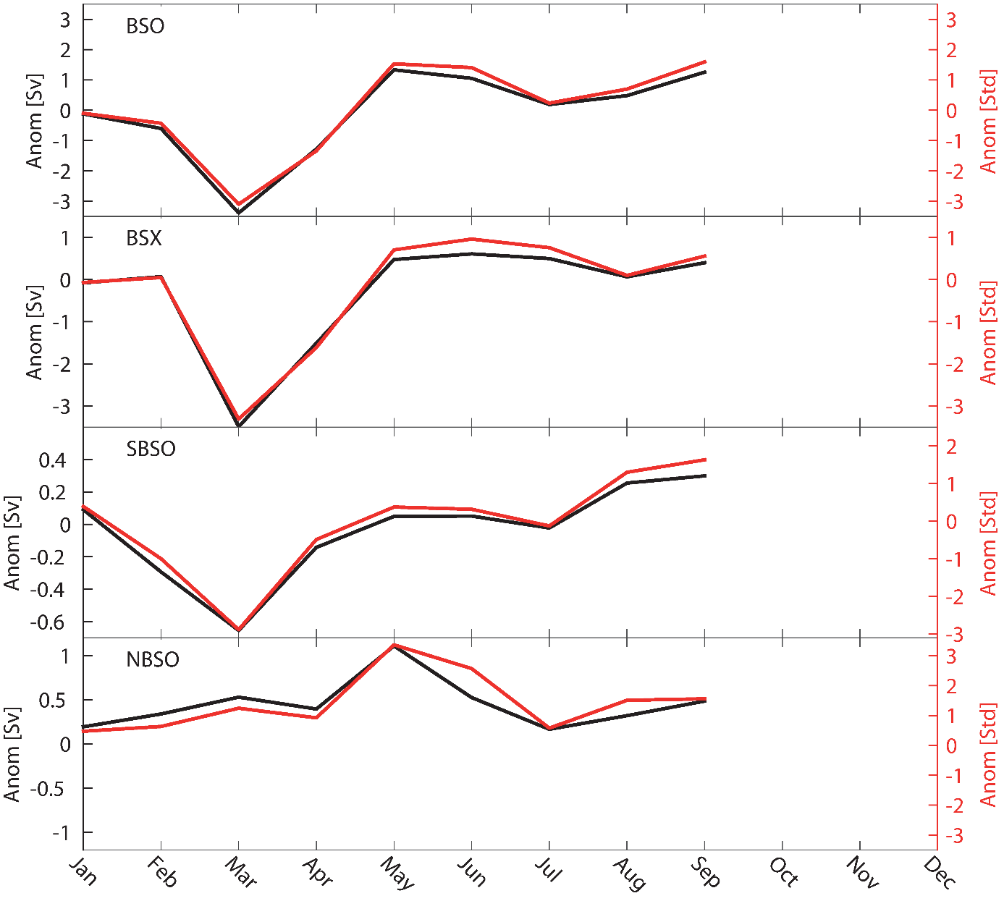 Figure 3.1.5. Modelled monthly volume flux anomalies in 2018 relative to average (black) and standard deviation (red) during the period 1961–1990 in the Barents Sea Opening (BSO), the Barents Sea Exit (BSX), between the Murman coast and Novaja Zemlja (SBSO), and between Svalbard and Franz Josef Land (NBSO).

Figure 3.1.6 shows modelled monthly average volume fluxes through some key sections during 2018 and for the long-term average (1960-2018). Most notably, there was a distinct, negative volume flux anomaly during March 2018, as also seen in Fig. 3.1.5. This anomaly is clearly seen upstream in the BSO and downstream into the Hopen Trench and into the Pechora Sea to the southeast, as well as in the north-eastern outflow area (BSX) and through the northern boundary between Svalbard and Franz Josef Land. However, the flow reversal in March is seen only as a modest, negative anomaly in the Kola section, where the largest anomaly was seen as a flow reversal in January. During May and June, the inflow through the BSO was above the long-term average, leading to above average flow also through the Hopen Trench and Kola section during late spring and early summer. 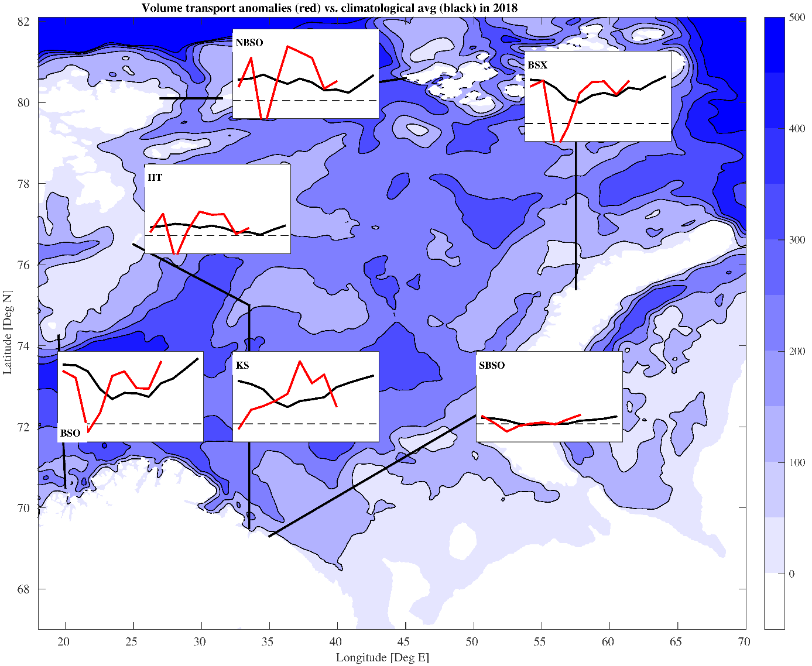