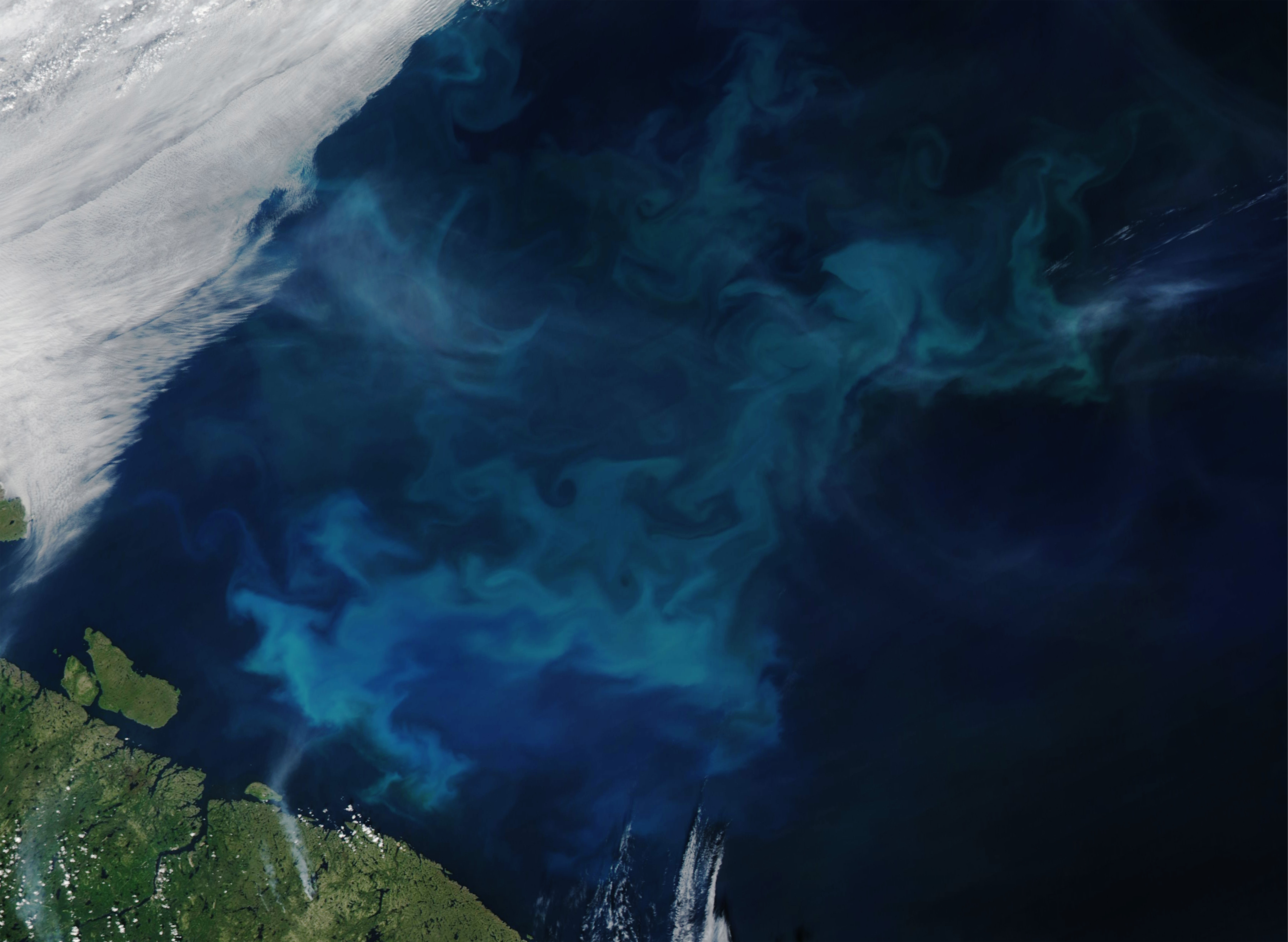 This years chapter could not be updated. Satellite-based annual net primary production in the Barents Sea has shown an increasing trend with a doubling over the last twenty years, due to increased temperatures leading to reduced ice-coverage and prolonged open water period. 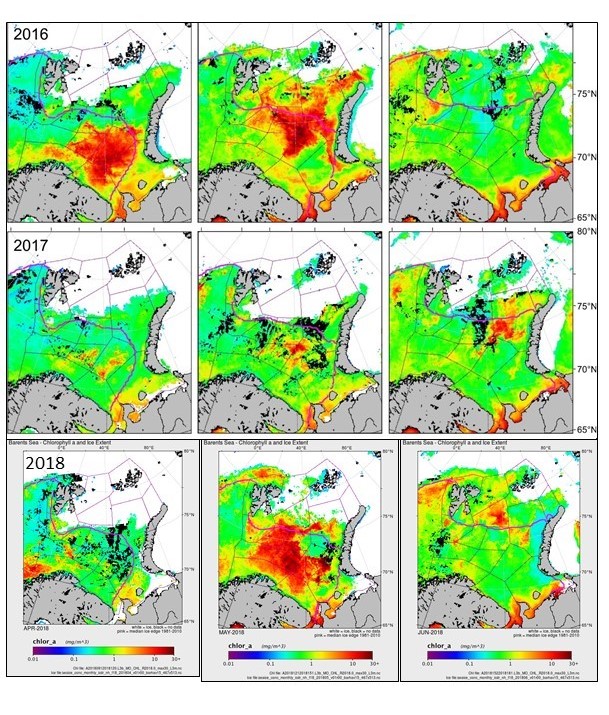 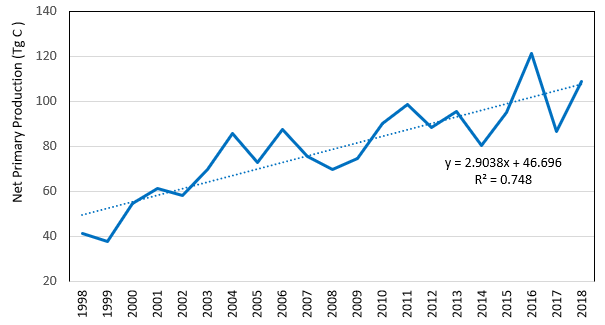