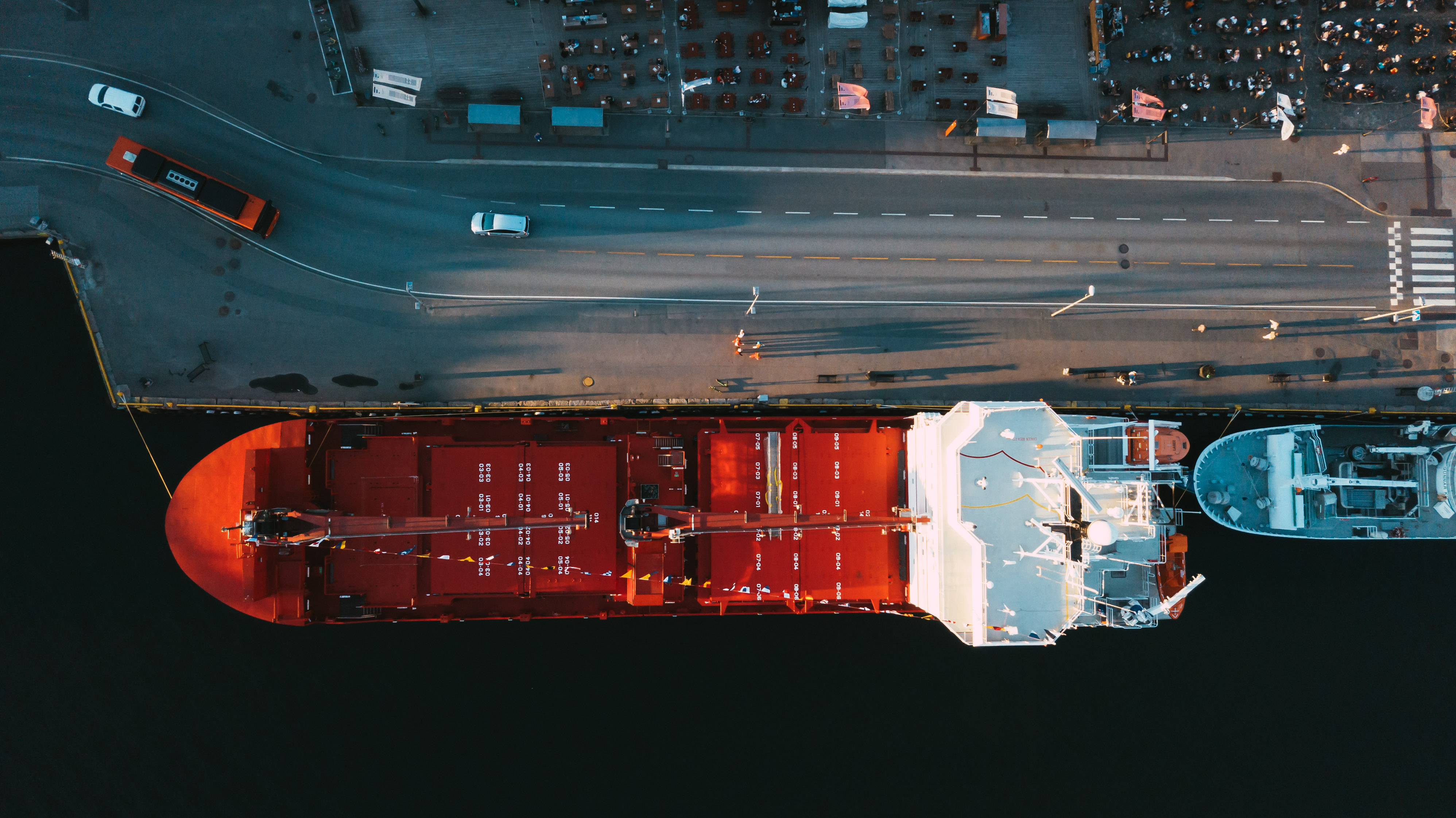 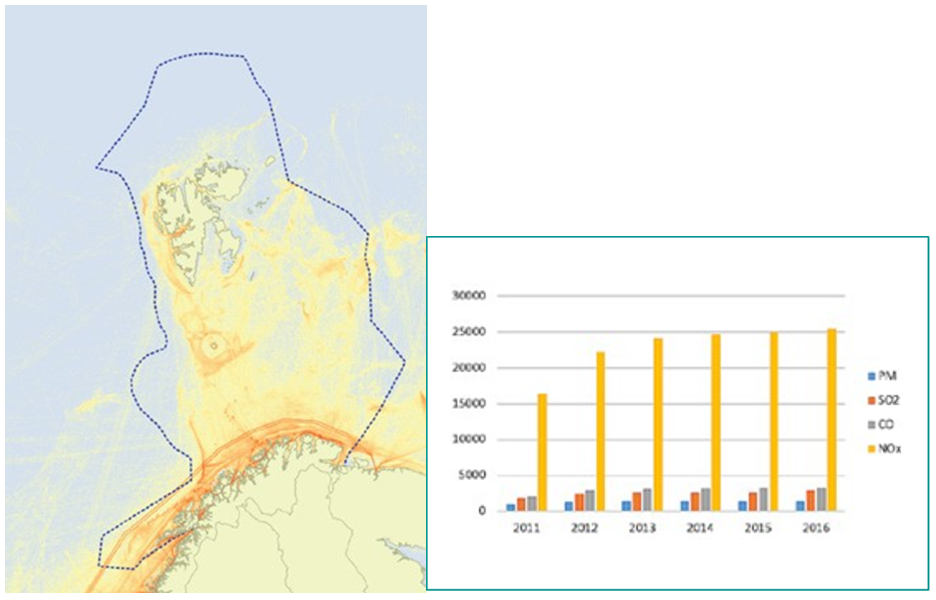 With less ice and longer season for passable conditions for navigating the Northeast passage between the Atlantic and Pacific Oceans, more tourist cruises and increased petroleum-related activities, the traffic is expected to increase.

The impacts, linked to ordinary release of wastes and pollutants due to normal cruising, also include risk of introducing alien species, underwater noise and illegal release of pollutants. Release of pollutants from ordinary cruising may be countered by improved technology and fuel, reducing the environmental footprints even when the traffic increases (ref)(tabs). The shipping lanes between the Barents Sea and the North Atlantic is the main route for most of the ship traffic. This should allow for improved surveillance and reduced risk for major pollutions due to accidents, as vessels shipping dangerous goods, like oil or gas, are closely monitored. 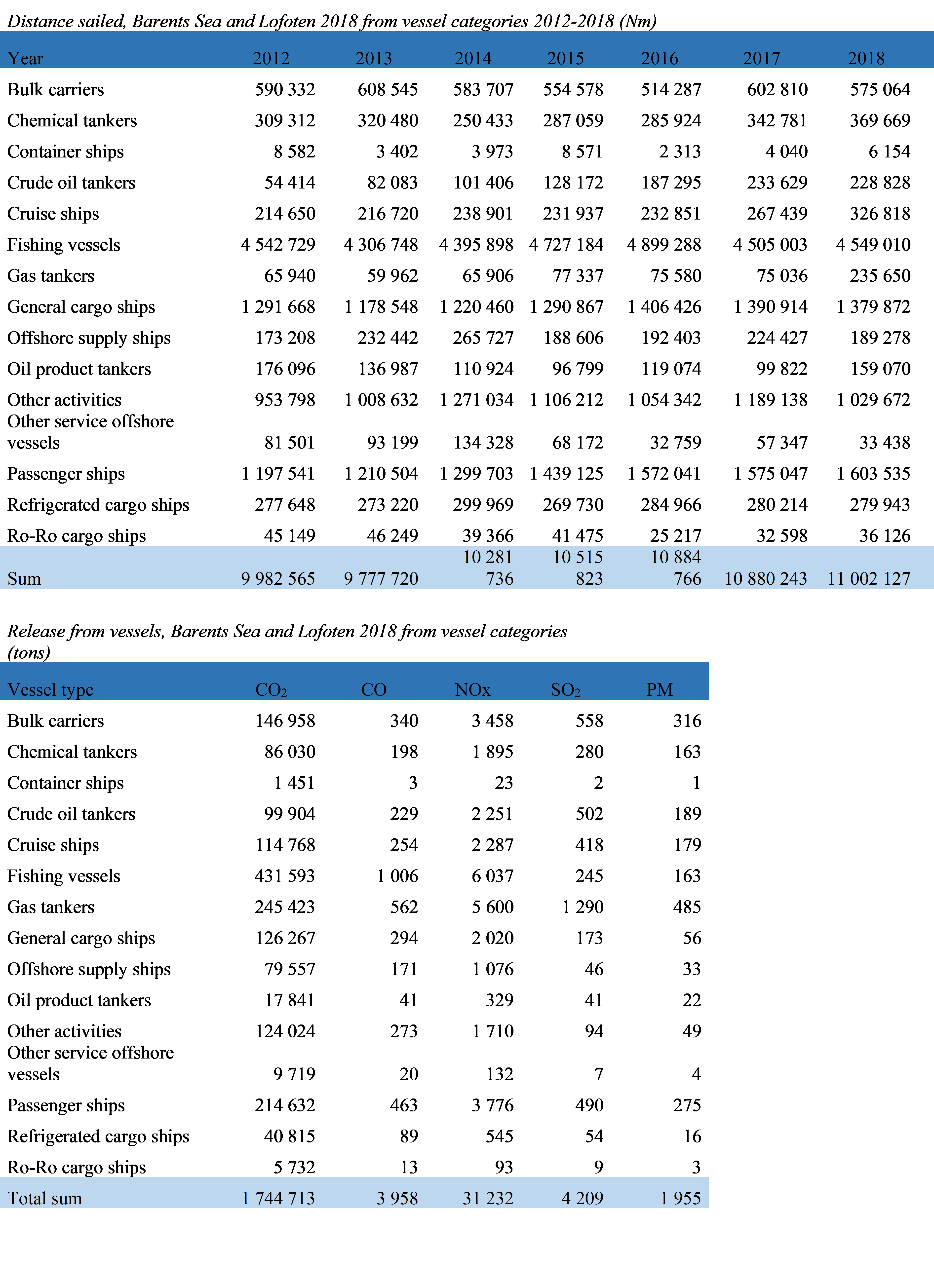