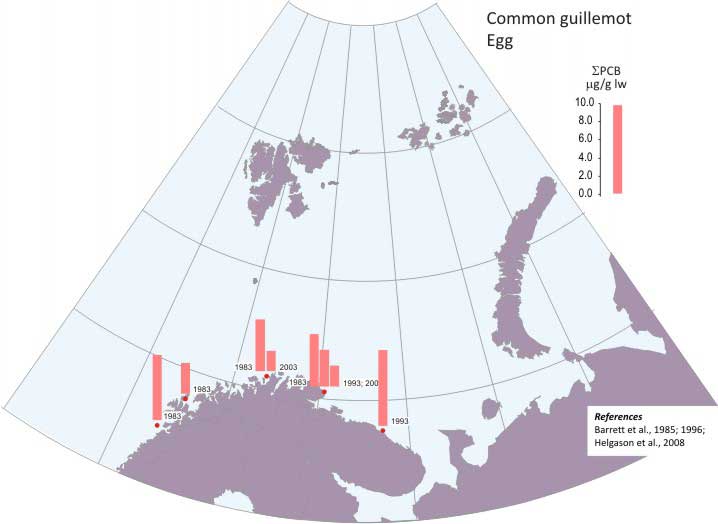 The PCB makes up the majority of persistent organic pollutants in seabird eggs.

There was no indication of a regional difference in PCB concentrations within the Barents Sea. According to large reports from AMAP the PCB levels in Arctic are lower than from more temporal and populated areas. The time trend series from the Barents Sea also points downward, for example was the SPCB levels 80% higher in 1983 than in 2003 in herring gull, black-legged kittiwake and Atlantic puffin eggs.

Levels of ΣPCB in seabird egg