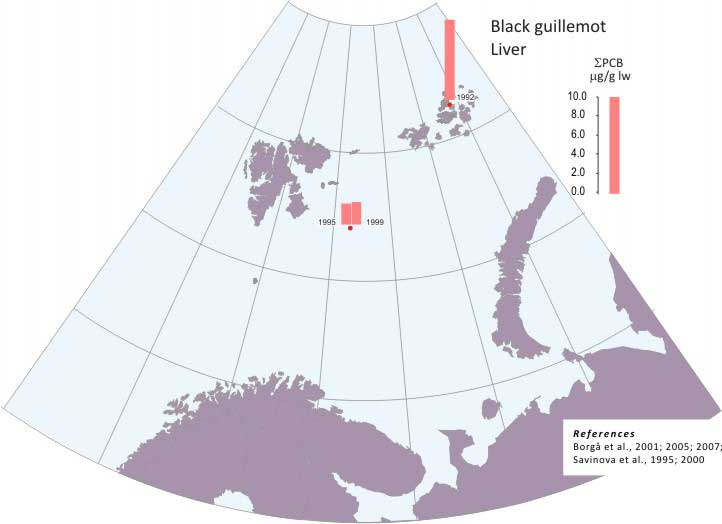 DDT was developed as the first of the modern synthetic insecticides in the 1940s. It was initially used with great effect to combat malaria, typhus, and other insect-borne human diseases among military and civilian populations.

It was also used for insect control in crop and livestock production, institutions, homes, and gardens. Today, DDT is classified as a probable human carcinogen. There have been restrictions on the use of DDT since 1972. However, DDT has a limited use in mosquitoes control and prevention of malaria.

The two predatory bird species; great black-backed gull and glaucous gull had significantly higher liver concentrations of DDT than the other seabird species. The variation and uneven distribution of the data make it difficult to analyze regional and temporal differences and no such differences were found.

Levels of ΣDDT in seabird liver