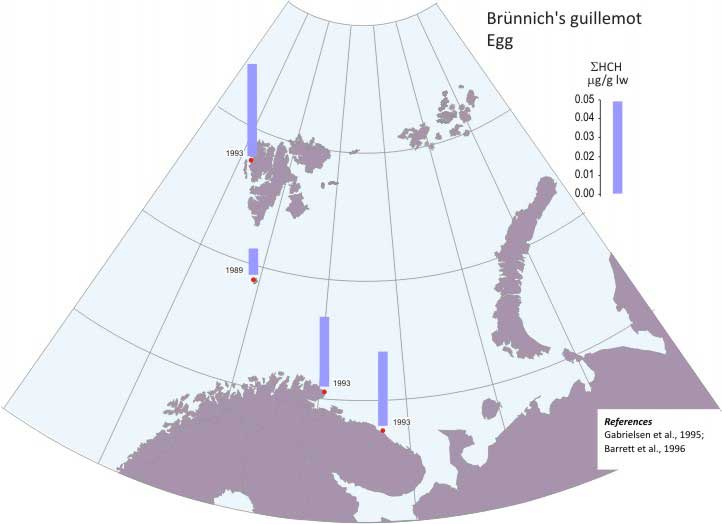 There has been a significant reduction of HCH concentrations in seabird eggs in the period from 1983 to 2003.

This reduction is valid for herring gull, Atlantic puffin and common guillemot species. The gannet and herring gull had significantly higher concentration of HCH than the other seabird species.

There was no indication of a regional difference in HCH concentration. The HCH is a byproduct of the insecticide lindane and it is still used as an insecticide in some countries around the word. It is relatively volatile compounds that are easily transported within the atmosphere.

Levels of ΣHCH in seabird egg