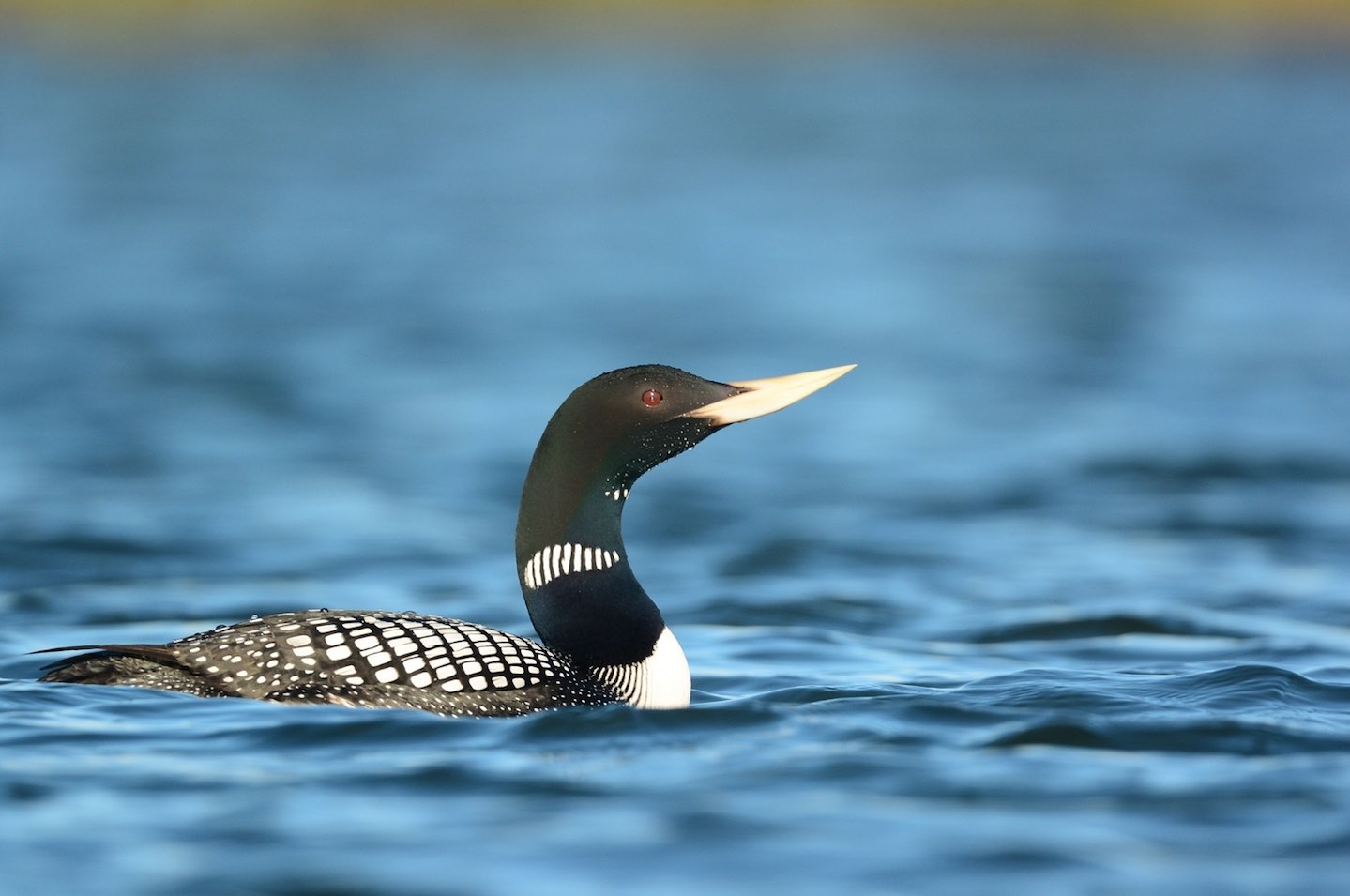 Largest of the loons; males weigh 4,000–5,800 g, females 4,025–6,400 g. Length (based on limited data): males 838–920 mm; females 774–831 mm. In summer, adult Yellow-billed Loon black above with extensive white spotting, white below; bill yellow or ivory. Winter and immature birds gray-brown. Only characteristic diagnostic in all plumages and ages is color of culmen (ridge of upper mandible). In Common Loon in winter plumage this ridge and about 5

mm on either side is black (in breeding plumage the entire bill is black), but in Yellow-billed Loon at least the distal half and usually distal two-thirds is whitish-yellow (Binford and Remsen 1974, Burn and Mather 1974).