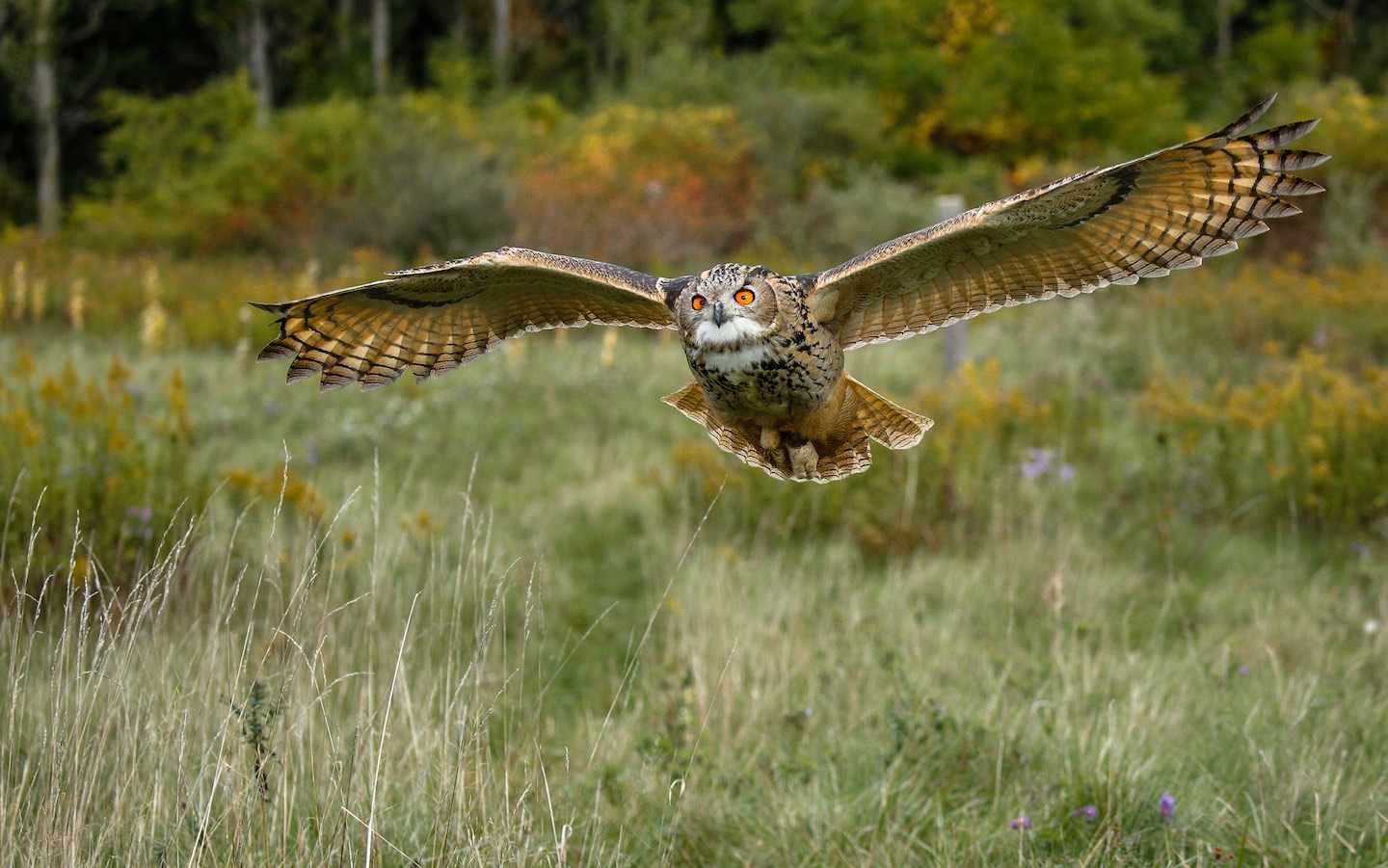 Breeds mainly in rocky landscape with cliffs and ravines, patches of woodland, generally in undisturbed wilderness areas. But can also nest in open forest, taiga and open heaths at the coast, and even on refuse dumps (del Hoyo et al. 1999). Non-breeding: Using mainly the same habitats.

Behavior: Resident in Europe, though considerable nomadism reported in Russia, especially the Asiatic part where winter conditions are harsh. In the northern areas, breeding starts in April. Breeding densities are normally low with 2-13 pairs/100 km² in Finland (del Hoyo et al. 1999). On Solværøyan, Lurøy in Nordland county in Norway the population density is much higher, with ca 25 pairs/100 km² (Bevanger et al. 2011, Gjershaug et al. unpublished data). The reason for this high population density is that this island archipelago has a very high population of water vole Arvicola amphibious (Melis et al. 2011), which is the main prey in the area. Diet: Mostly mammals, from size of water voles to adult hares (Lepus) and birds from size of jay (Garrulus) to herons (Ardeidae). Takes also amphibians, reptiles, fish and invertebrates (del Hoyo et al. 1999).

The most important mortality factor for the eagle owl, and possibly the main reason for the population decline in Norway, is electrocution and collisions with power lines (Bevanger & Overskaug 1998, Gjershaug et al. 2014). Reduced prey populations are probably also a reason for the population decline. Along large parts of the Norwegian coast the populations of prey for the eagle owl, like water vole Arvicola amphibious and sea birds, have decreased because of the introduced American mink Neovison vison. Despite protected status, the species is still persecuted locally; and pesticides and other toxic chemicals may be a problem in some areas. Increased population of white-tailed sea eagle Haliaeetus albicilla in Norway may have caused some eagle owl pairs to abandon their nest sites where the sea eagle establish territory on small open islands. It is also documented that sea eagle predates on small eagle owl chicks when they leave their nest (Direktoratet for naturforvaltning 2009).

Fairly rapid post-1970 recovery in parts of Europe was aided by protection and by extensive reintroduction programs, although reintroduced birds suffer high mortality and poor breeding success. Mitigations against electrocution have been carried out in many countries. In Norway elevated perches and anti-perch devices and isolation of top-isolators are used with success on 22 kV power lines at localities where eagle owls have been nesting during the last years. A program for monitoring of eagle owls has been initiated in Norway.