Zoogeographical groups of fish species are associated with specific water masses. Rel-ative distribution and abundance of fish species belonging to different zoogeographic groups are of interest because these fish will respond differently to climate variability and change. Since they are not commercial species, fishing does not directly contribute to changes in abundance and distribution of these species. Different zoogeographic groups also tend to differ in their trophic ecology: many of the Arctic species are small, resident, and feed mainly on invertebrates; whereas, most boreal and mainly boreal species are migratory and piscivorous.

Therefore, the relative abundance of these spe-cies should influence foodweb structure and dynamics. Comparing changes in relative abundance and distribution of species classified into zoogeographical groups based on established criteria from the literature, is relatively simple and does not rely on sophis-ticated statistical methods — like those used to study changes in the Barents Sea fish community, e.g. Fossheim et al., 2015 and Frainer et al., 2017. 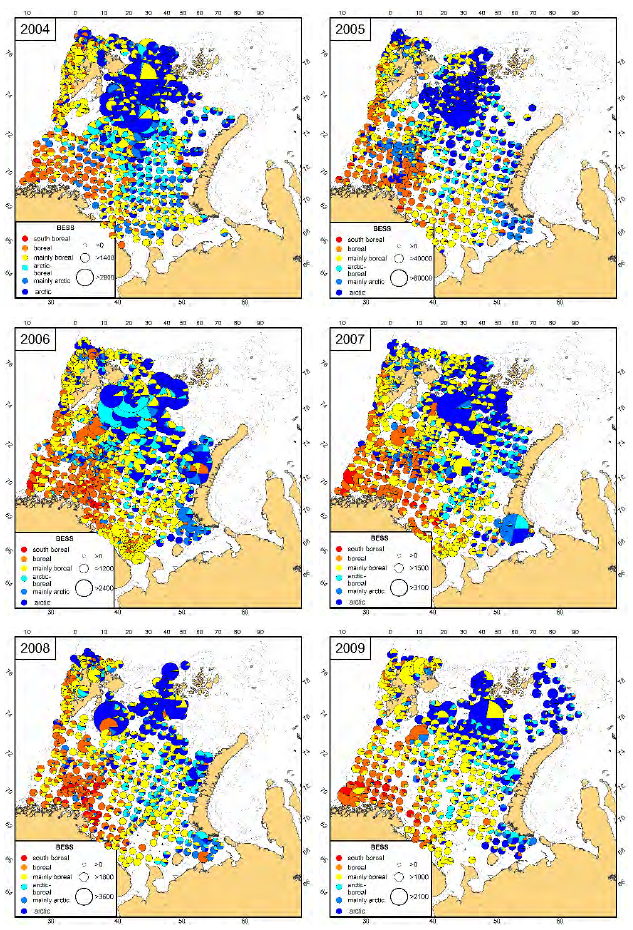 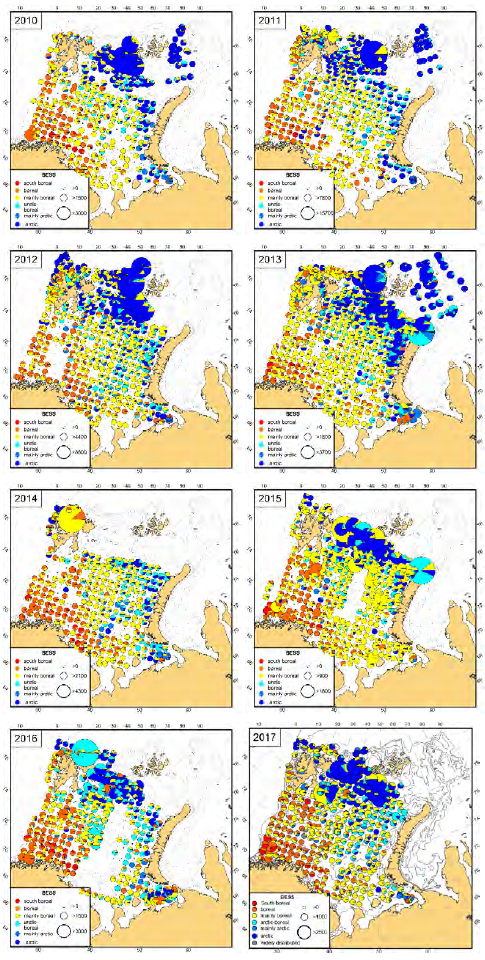 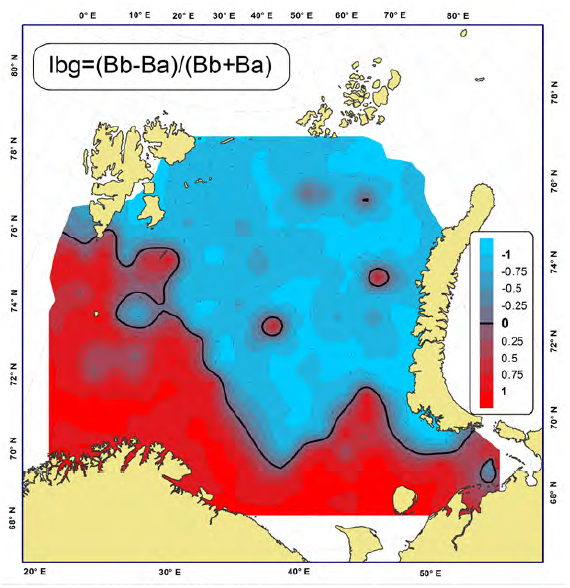