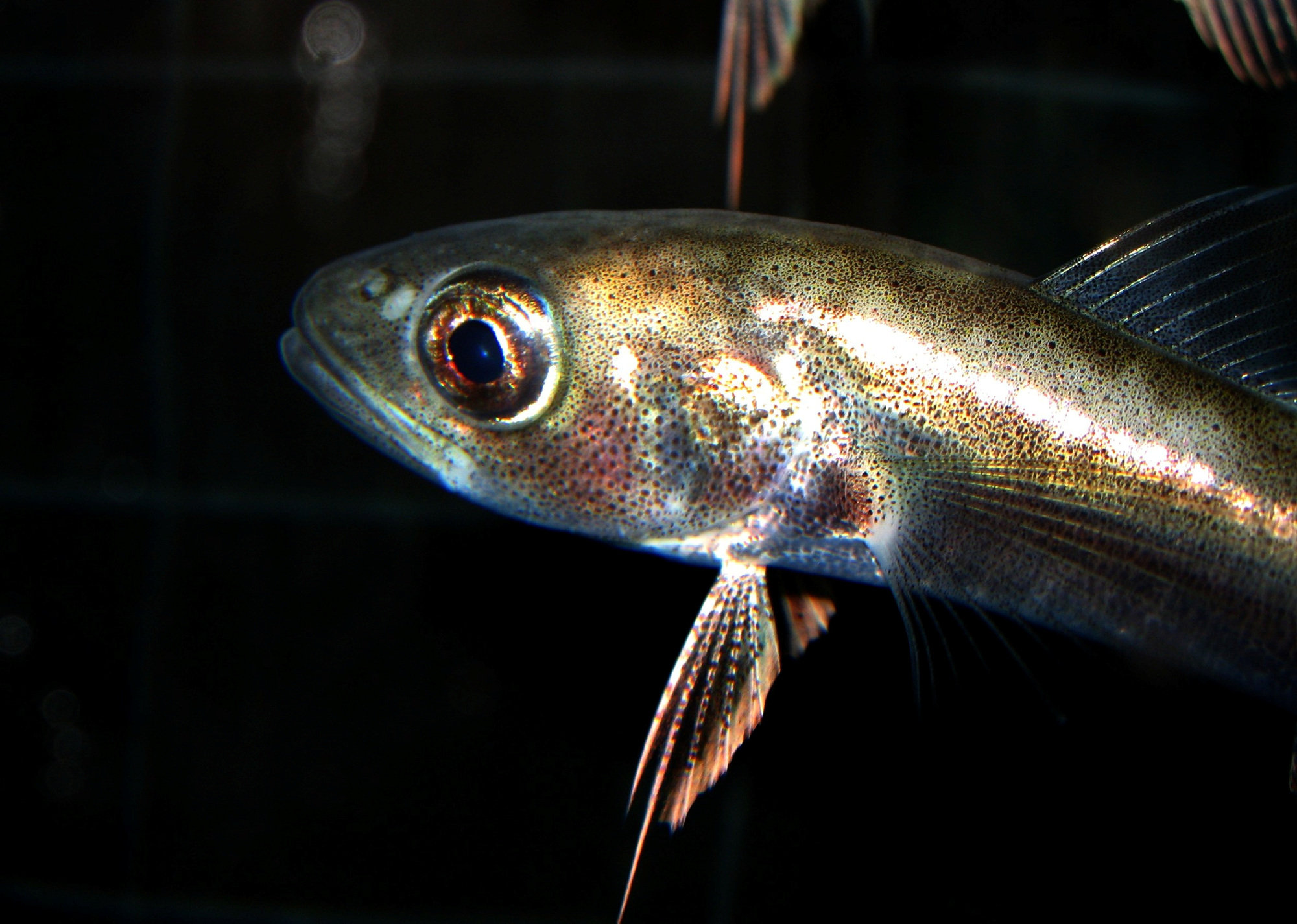 Eleven years (2006-2016) of capelin diet were examined from the Barents Sea where capelin is a key forage species, especially of cod. The PINRO/IMR mesozooplankton distribution shows low plankton biomass in the central Barents Sea, most likely due to predation pressure from capelin and other pelagic fish. This pattern was also observed in 2017. In the Barents Sea, a pronounced shift in the diet from smaller (<14cm) to larger capelin (=>14cm) is observed. With increasing size, capelin shift their diet from predominantly copepods to euphausiids, (mostly Thysanoessa inermis - not shown), with euphausiids being the largest contributor to the diet weight in most years (Figure 4.1.1).

Hyperiid amphipods contributed a small amount to the diet of capelin. 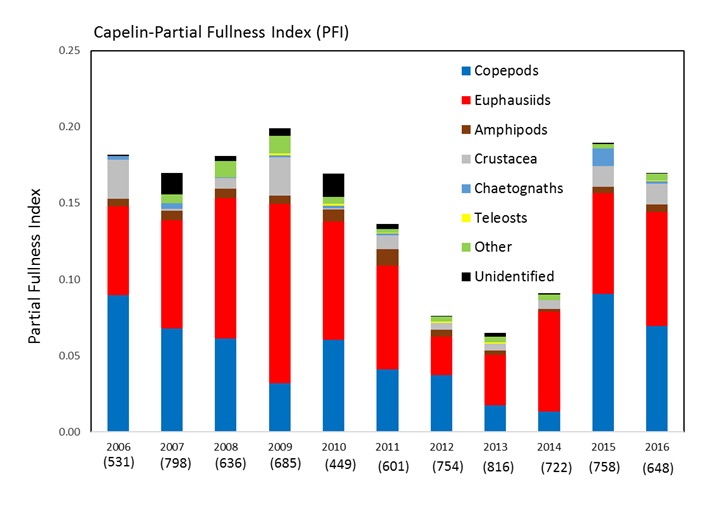 Fig 4.1.1. Stomach fullness of capelin during survey in August-September 2006-2016. Number of fish sampled each year in brackets

Capelin growth decreased from 2009 onwards in a way similar to earlier periods of relatively high capelin abundance (1990-1992, 1998-2002) (Figure 4.1.2). There was a corresponding decrease in stomach fullness of capelin from 2009 onwards. These trends were reversed in 2014; both weight-at-age and stomach fullness are now at relatively high levels. 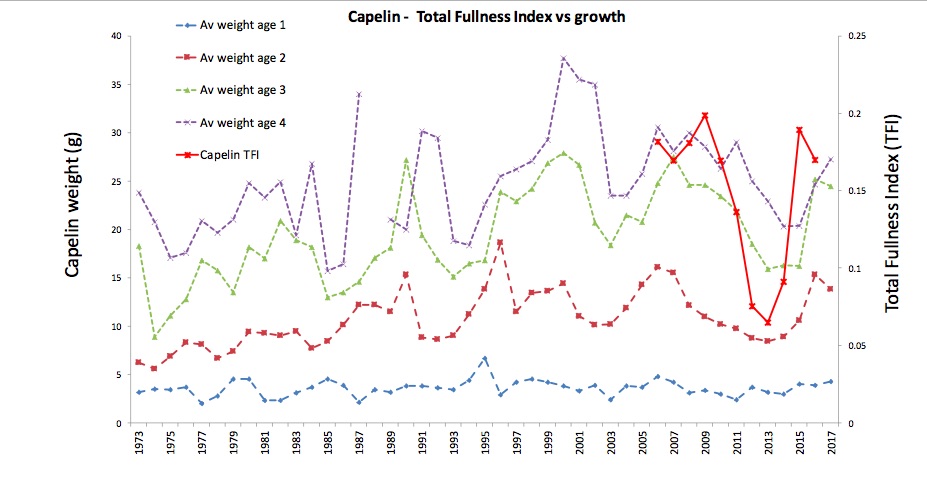 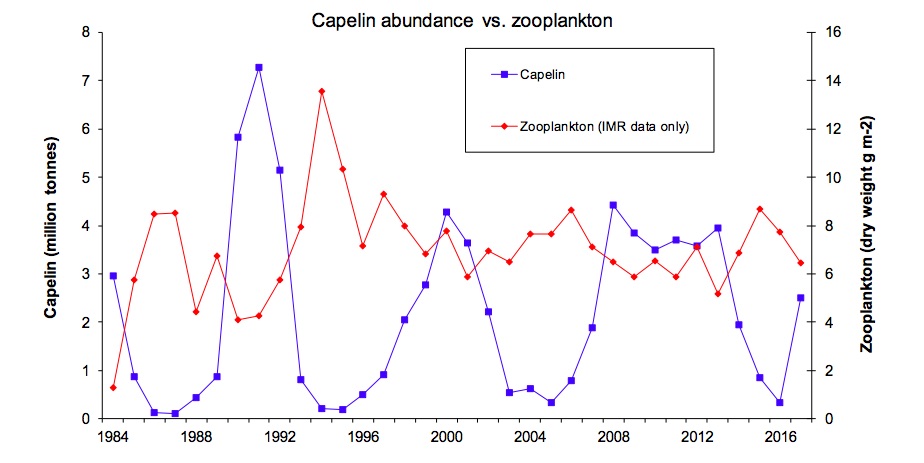 There is evidence of a density-dependent effect on capelin growth. This is reflected in decreasing length of individual (2- and 3-year old) capelin with increasing capelin abundance (Fig. 4.1.4). 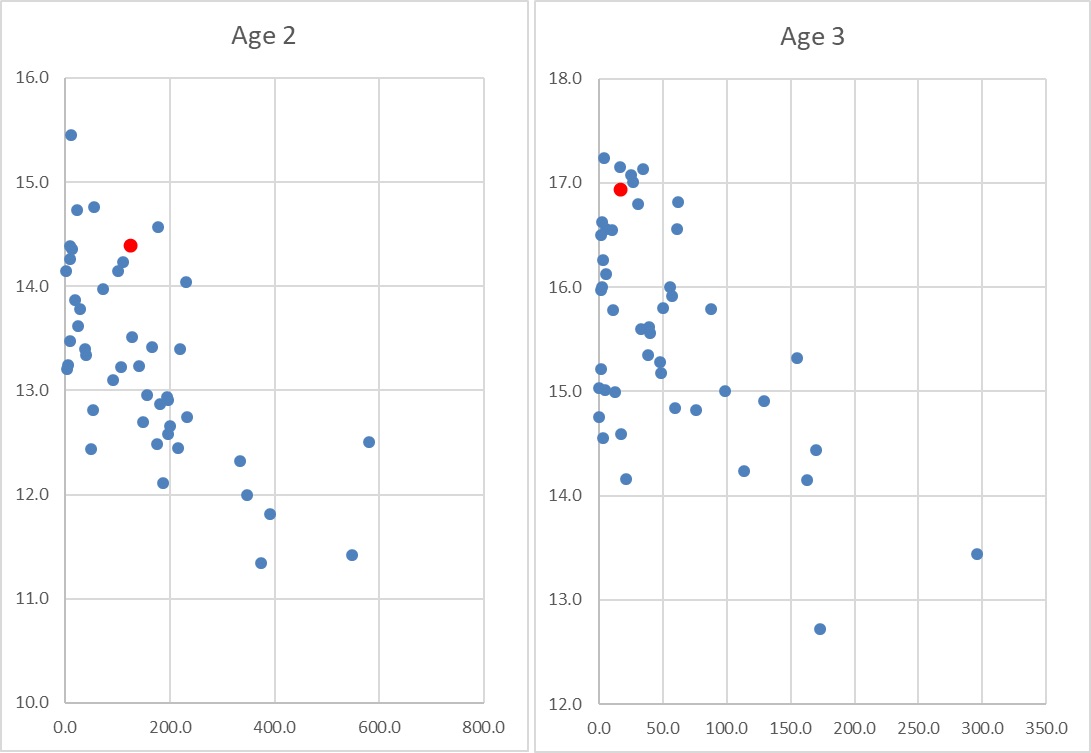 Diet data from 2007-2016 indicate that polar cod mainly feed on copepods, amphipods (mainly hyperiids Themisto libellula and occasionally gammarids), euphausiids, and other invertebrates (to a lesser degree) (Figure 4.1.5). Large polar cod also prey on fish. The total stomach fullness index decreased after 2011, and was at a fairly low level in 2012-2015; the index increased again in 2016 to the highest level measured in this 10-year time series (Fig. 4.1.6). The growth rate of polar cod was low in 2016 and, thus, did thus not reflect the increased stomach fullness observed that year. It should be noted that spatial coverage for polar cod is incomplete during most years of the BESS; thus, growth and stomach fullness data may not reflect the status of the entire population. 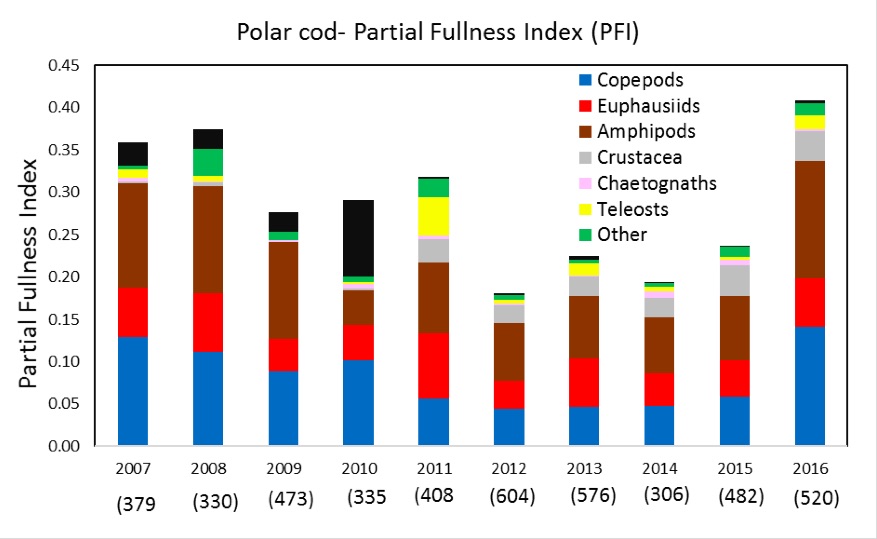 Figure 4.1.5. Stomach fullness of polar cod during survey in August-September 2007-2016. Number of fish sampled each year in brackets.