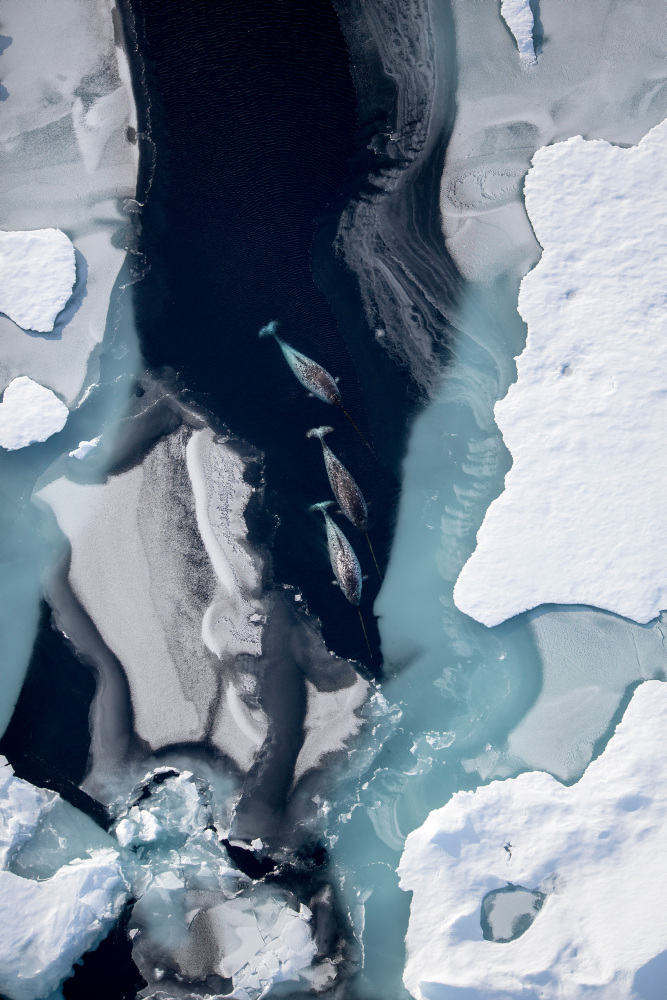 The ice extent reduction began in April, not in May, as usual, but intensive ice melting started only in June. During the low-ice season (August–October), ice coverage equalled 1–4% that was 3–9% below average but 1–4% higher compared to the previous year. Freezing began in October and ice formation went much faster than in 2018. The November and December ice coverage were respectively 10 and 9% lower than average but 9 and 16% higher than in 2018. Overall, the 2019 annual mean ice coverage of the Barents Sea was 10% below average but 4% higher than in the previous year. 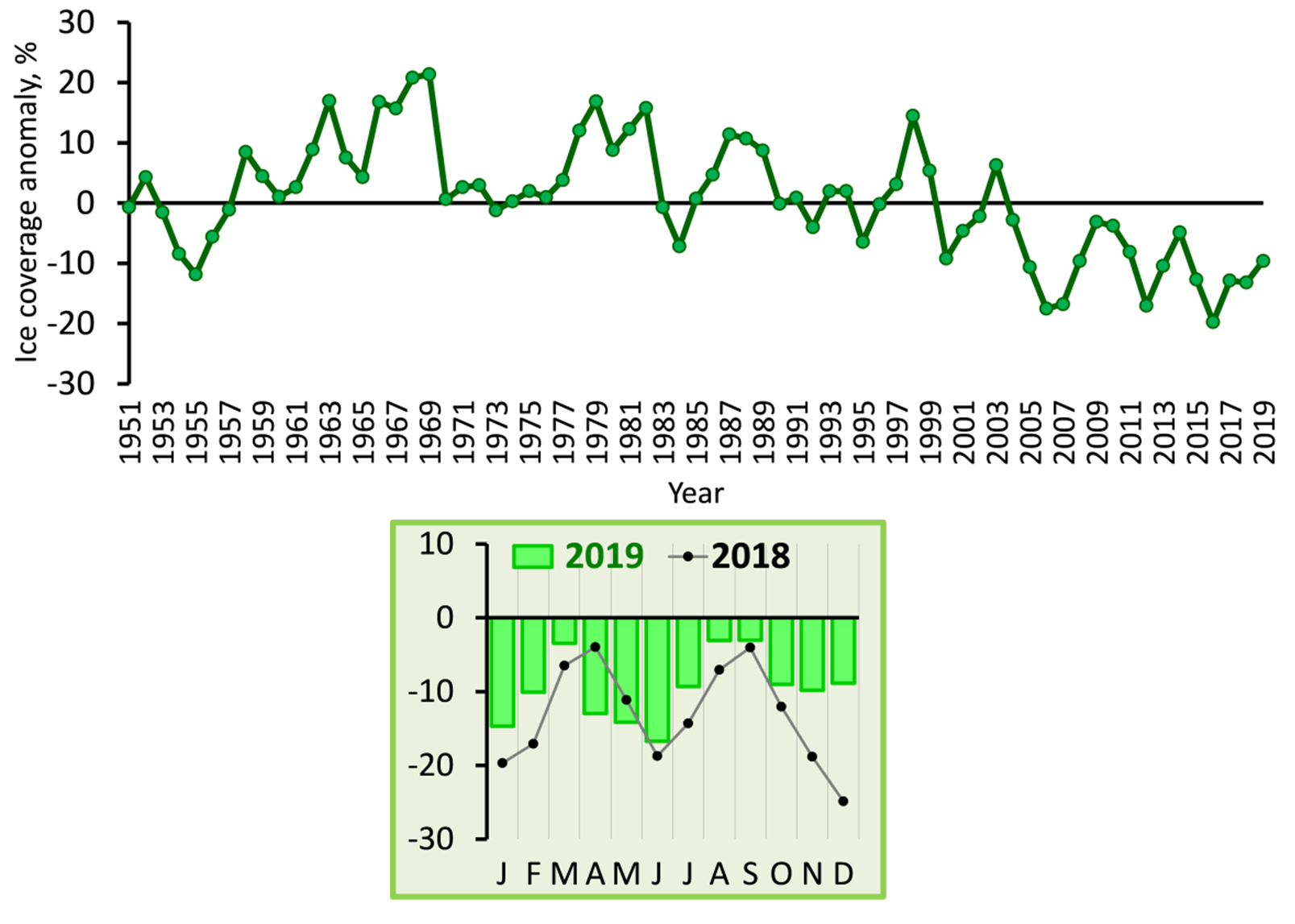