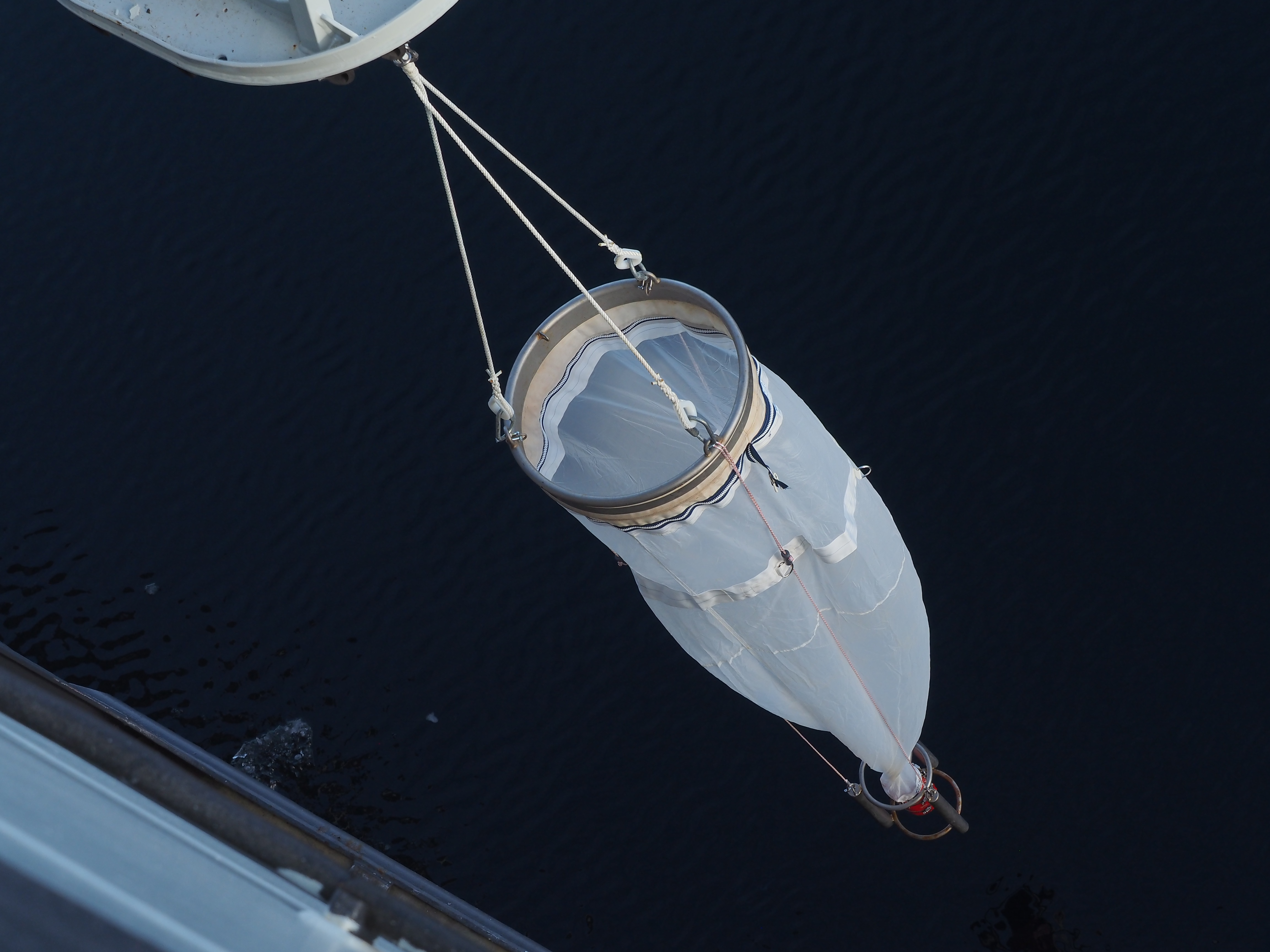 Figure 3.8.1. Distribution of non-commercial fish species from different zoogeographic groups during the ecosystem survey 2019 (left) and 2020 (right). The size of circle corresponds to abundance (individuals per nautical mile, only bottom trawl stations were used, both pelagic and demersal species are included).

There is no trend in spatial distribution changes of species of each zoogeographical group in recent years (Fig. 3.8.2).

The last two years the median catches for Arctic species have increased, and it is the highest values since 2013 (Fig. 3.8.3). It should be noted however, that variation in survey coverage might influence the results (for more detail see section 2.6. Progress report on ToR (f) in this report). 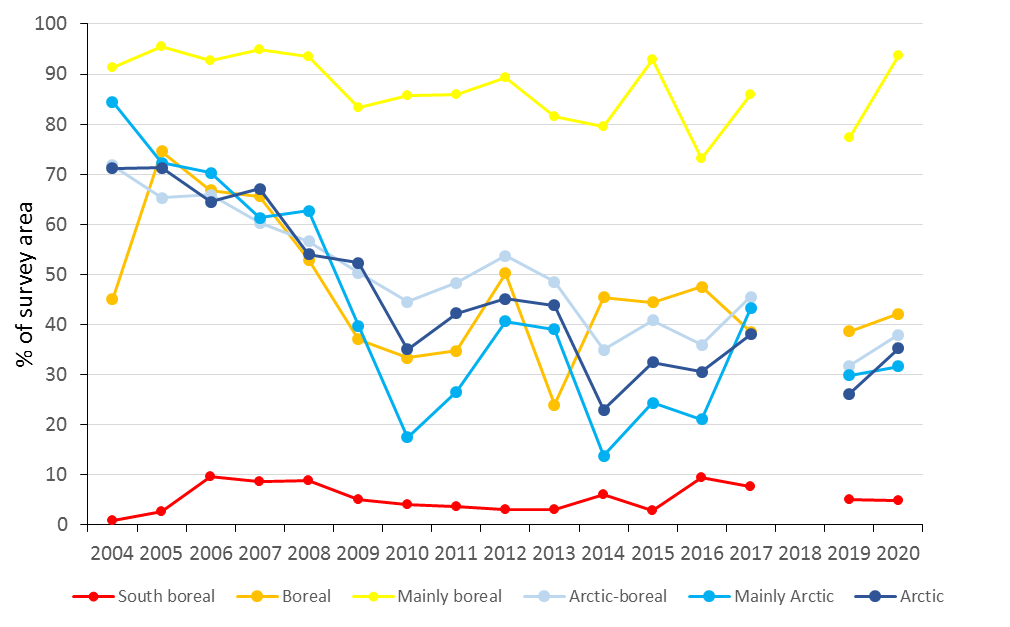 Figure 3.8.2. The area occupied by species of different zoogeographical groups (% of total survey area calculated for each year). Only bottom trawl catches of non-commercial fish were used, both demersal and pelagic species are included. 2018 – are not included due to the poor coverage of the Russian Zone).

Figure 3.7.3. Median catch (individuals per nautical mile) of non-commercial fish from different zoogeographic groups (only bottom-trawl data were used, both pelagic and demersal species are included) (2014 – investigation area was limited in the north due to ice coverage, 2018 – are not included due to the poor coverage of the Russian Zone).

A biogeographic score was assigned for all species according to their zoogeographic affiliation (Andriashev and Chernova, 1995). This index was averaged per trawl, weighed by the relative abundance of each species in the trawl. Maps of the “arcticness” of the catches is plotted in Fig. 3.8.4, This shows a decrease in proportion of arctic species in trawls until 2008/2010, then a stabilisation of the situation. However, the survey coverage has been very variable, and the index should be refined to take variable sampling coverage into account (see Fig. 3.8.4). 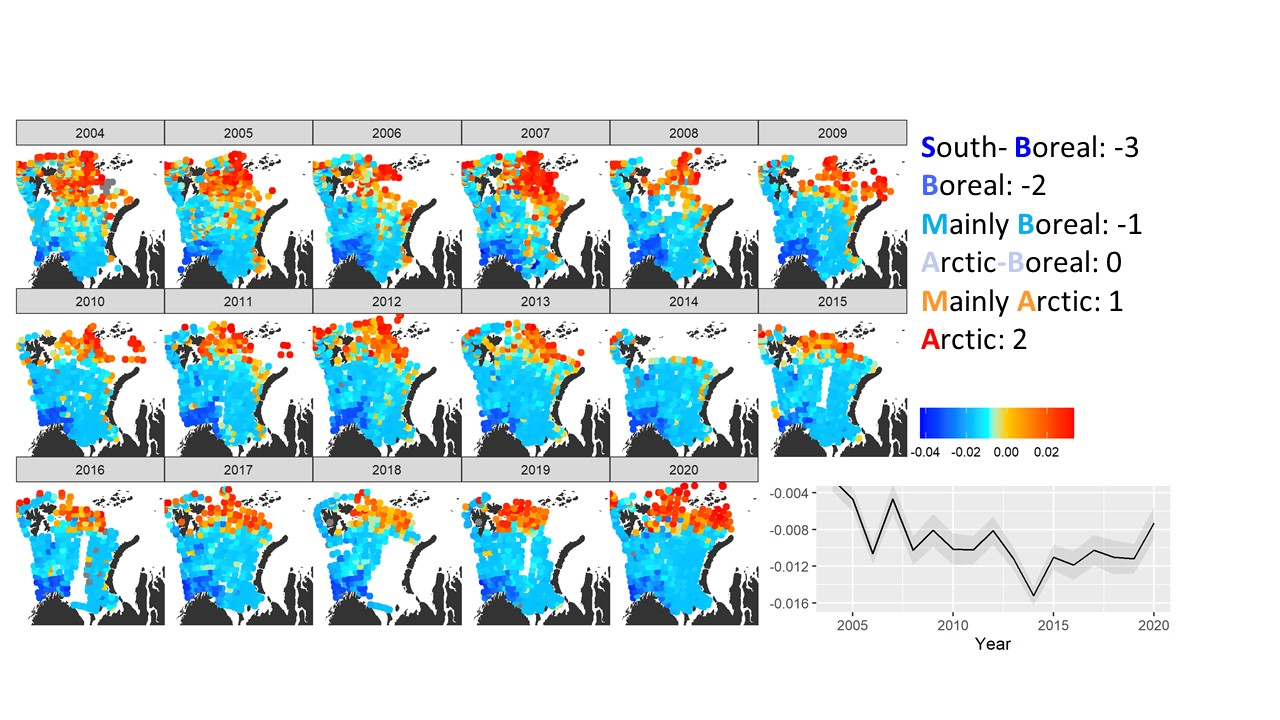 Figure 3.8.4. “Arcticness” index maps by years 2004-2020, the color goes from blue (low arcticness) to red (high arctiness), please note that this is opposite of Fig. 3.8.1. All species were assigned a score according to their zoogeographic affiliation, then given weight according to their relative abundance in the trawl. The graph shows the yearly averages, but please note the variable coverage, e.g. in 2014 when ice restricted access to the northern Barents Sea. Commercial species (Cod, haddock, Greenland halibut, deepwater redfish, herring, polar cod, capelin, blue whiting) were excluded.